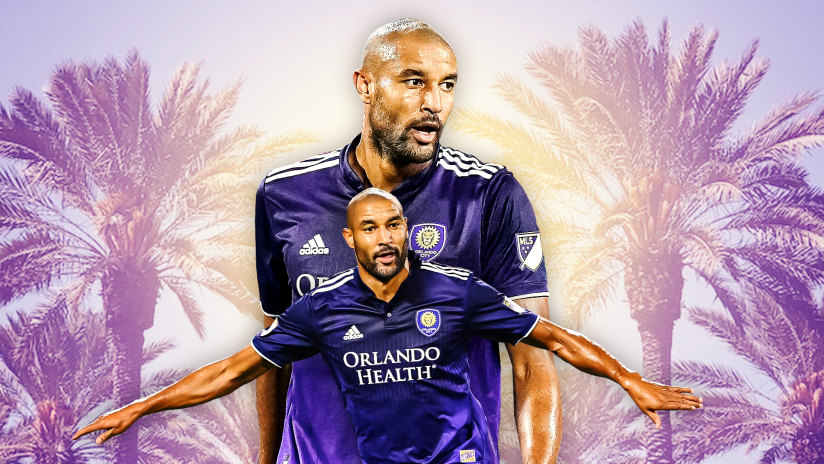 Don’t look now, but Orlando City SC have won three straight matches and are up to fifth place in the MLS Eastern Conference standings.

On Sunday night, deep into second-half stoppage time after a rain-soaked battle with New York City FC, Tesho Akindele extended the club’s winning ways and set Exploria Stadium ablaze with a 96th-minute header that sealed a dramatic 2-1 victory for the hosts. The goal comes at a vital moment for the Lions, who aren’t just pushing for a spot in the Audi 2022 MLS Cup Playoffs, but have the US Open Cup final and the chance for the first trophy in club history on the horizon.

“We don’t want to talk much about the [US Open Cup] final, but I know everybody’s thinking about it,” said head coach Óscar Pareja with a grin, still drenched and slightly horse after a passionate night on the touchline. “That feeling of, I guess, you’re going to score here at Exploria, here with our fans… it’s very special.”

For the second straight game, Akindele played the hero for the Lions. Last week, the 30-year-old knocked in his own rebound in the 89th minute, after running nearly the length of the field, to give Orlando a 2-1 win in Charlotte. On Sunday, he headed home a corner in the sixth minute of stoppage time to earn a vital three points for their playoff push.

“There is really so much excitement that nothing really crosses your mind,” said Akindele of the late winner. “I think the team feels we have the the momentum behind us. I said it last week, but I I think we’re coming into our own identity, and you see hard work. To me, that’s the number one thing.”

“The situation with Tesho is a good example for all. Generosity in our team is non-negotiable,” explained Pareja. “We may lack other things sometimes, but when you see a team that is giving what they have, you can sleep, happy or sad, but you can sleep thinking that you did your best. The character in Orlando, the culture in this team has to be that. We like that generosity.”

14 – Tesho Akindele’s 96th minute winner for @OrlandoCitySC was the 14th result-changing goal scored in the 95th minute or later in @MLS this season. Late. https://t.co/Skio4zAt55

Akindele’s two goals in consecutive matches are a welcome and needed boost for the veteran marksman. Since scoring 10 goals in 2019 – his first season in Florida – the nine-year MLS veteran has found goals hard to come by, finishing just eight times in the last three seasons. His two game winners are his first goals in 2022. In a lot of ways, he exemplifies Orlando’s identity.

“Sometimes it’s not clean. We know that,” admitted Pareja. “But what [Tesho] has done in the last two games is a good example. He is very persevering. It’s contagious. That energy was displayed in people who really want to do the things right, for the team, not for them in particular. That’s something that guarantees results.”

It hasn’t been an easy year by any means for Orlando, who now sit in fifth place in the East with 39 points. For Akindele, the exact moment when the team’s fortunes started to change took place on July 27, when the Lions came back to defeat the New York Red Bulls 5-1 in the Open Cup semifinal.

“When they scored against us, we could’ve kind of folded for that game and folded for the season,” he explained. “But Cesar [Araujo] scores, pulls us back, we win the game, [then] we’re in the finals of the Open Cup, and now we’re buzzing on confidence, going on a bit of a run here.”

Now, with just seven games left to go in the regular season, the Lions find themselves on the brink of just their third playoff berth in club history and a shot at the US Open Cup title. They’ll host USL Championship side Sacramento Republic FC on Sept. 7 (8 pm ET | ESPN+) as they look to lift their first-ever trophy. It’s an exciting time for the club.

“You want your confidence to be high,” said Akindele. “Probably the biggest game in club history and the first chance to get a trophy as an MLS team. We understand the moment.”

While the sounds of players cheering and music blaring from the locker room bled through into the press conference, Pareja was all business. No time to rest with another crucial match against Seattle Sounders on Wednesday (8 pm ET | MLS LIVE on ESPN+) and the Open Cup final a week later.

“Our job is to get ready. Tomorrow we’ll train in the morning. The boys are very happy. I don’t want to stop that joy, but they know we have a job in front of us.”