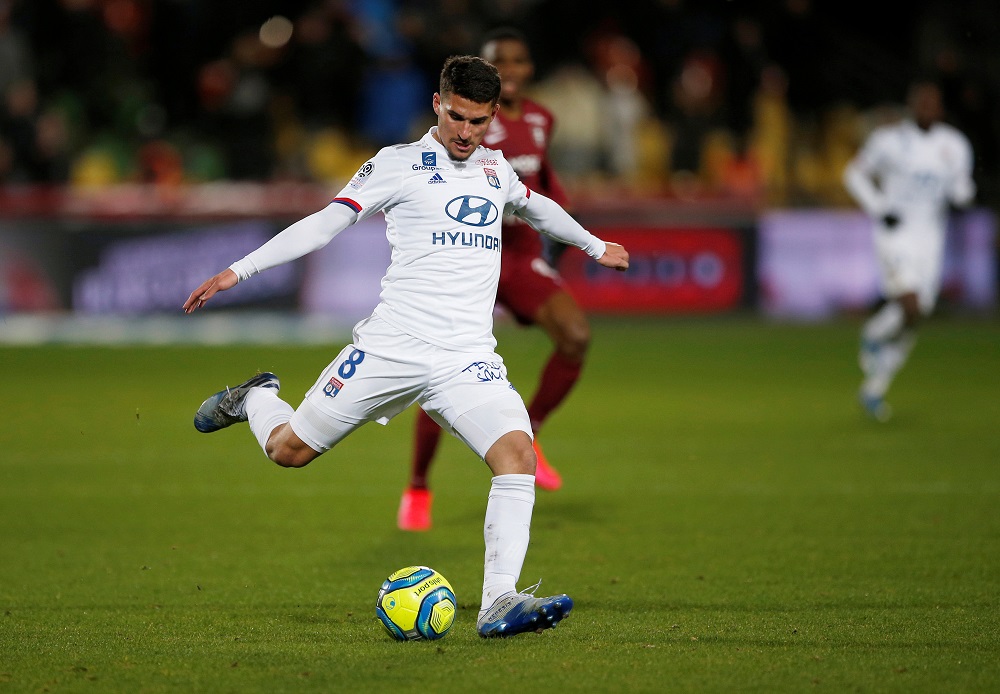 Atletico Madrid have joined Arsenal and Juventus in the battle to sign Lyon midfielder Houssem Aouar, according to Le10 Sport.

The French magazine claims the La Liga champions have made an enquiry for the 22-year-old, although no official offer has been tabled at this time.

It was reported in the English media over the weekend that Arsenal were ready to bid £20m for the former France Under 21 international, with a £100k a week contract being prepared.

However, Le10 Sport claim this is not the case, with the Gunners having shown more interest in Rennes’ Eduardo Camavinga in recent weeks.

Aouar is likely to be sold by Lyon this summer, with the Ligue One side needing to raise funds after failing to qualify for the Champions League, so Arsenal are unlikely to be priced out if they do go after the Frenchman. Atletico’s involvement in the race, though, will undoubtedly complicate matters.