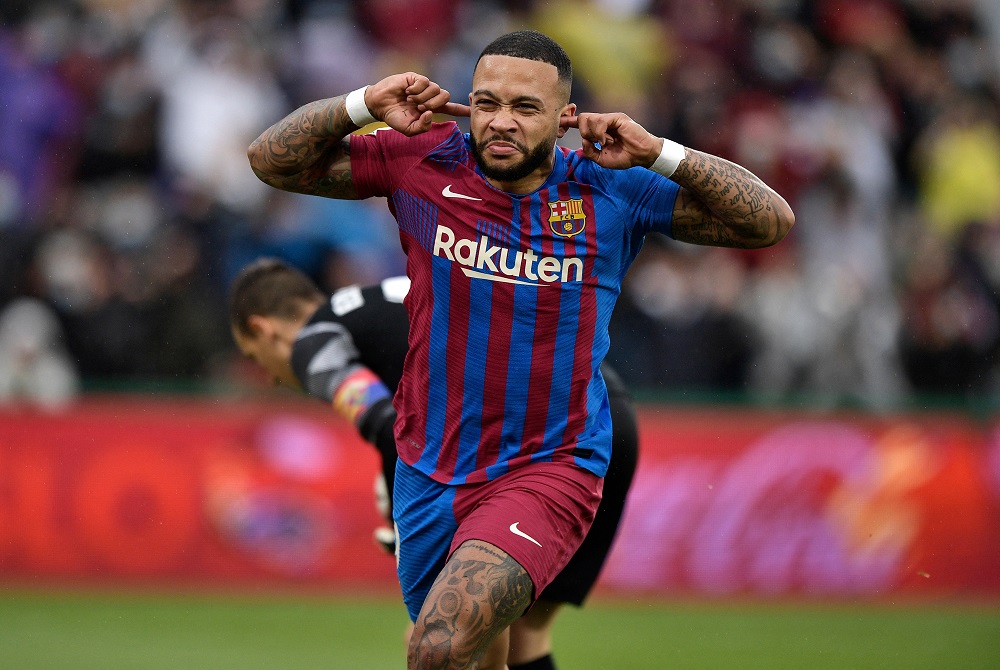 Barcelona will look to sell Memphis Depay if a club matches their €20m (£17m) asking price for the player, according to reports in the Spanish media.

It was claimed last week that both Arsenal and West Ham had made enquiries about signing the Dutchman, who has been capped 77 times by his country.

Depay is said to be reluctant to leave the Camp Nou, after only joining Barca on a free transfer from Lyon last year, but the La Liga side are reportedly keen on freeing up their wage bill so they can afford to sign Robert Lewandowski from Bayern Munich.

Arsenal are thought to be interested in signing two strikers this summer, and the fact that Depay is available for a low price, combined with his ability to play right across the front three, would make him a good addition to the squad.

While some have criticised Depay’s first season in Spain, the former Manchester United player has still racked up 13 goals in 38 appearances.