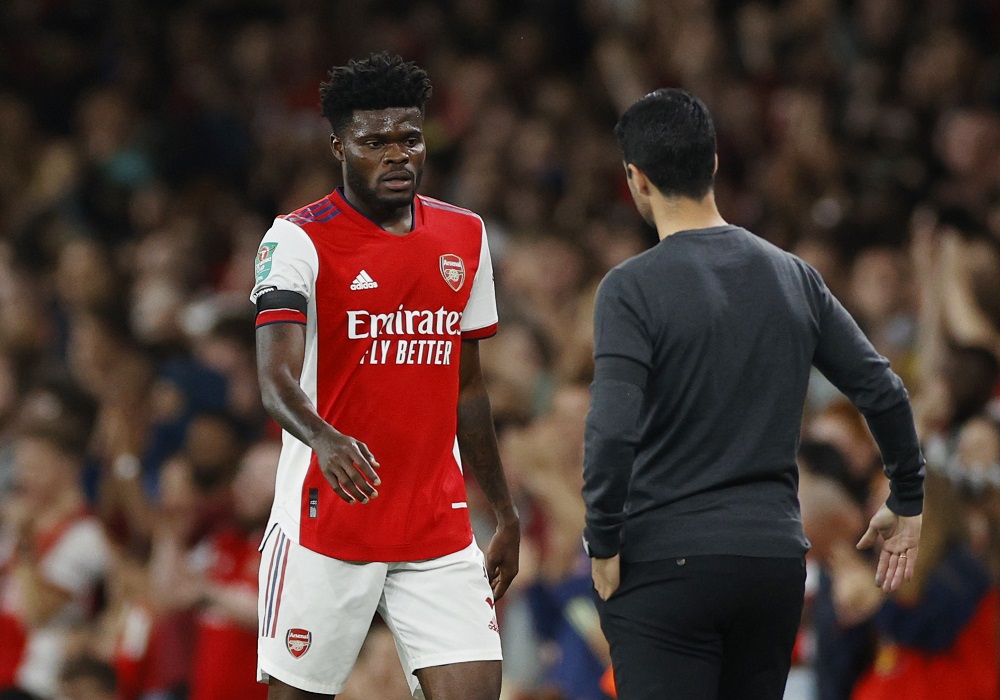 Arsenal midfielder Thomas Partey will not return to play against Everton on Sunday, according to Football.London‘s Gunners correspondent Chris Wheatley.

There was some hope that the Ghanaian international would recover from a thigh injury in time to face the Toffees, but it is now believed he won’t be available.

Partey has been sidelined since the 3-0 defeat to Crystal Palace last month, but the player had suggested that he was hoping to be back in contention before the season was over.

However, despite reportedly taking part in some individual training sessions, the game this weekend has come too soon for the 28-year-old.

Partey is expected to work on his fitness over the next few weeks, and there are no doubts about him being available for the first day of pre-season.

His absence for the Everton match will, though, come as a blow to manager Mikel Arteta who is already without a number of first-team players.