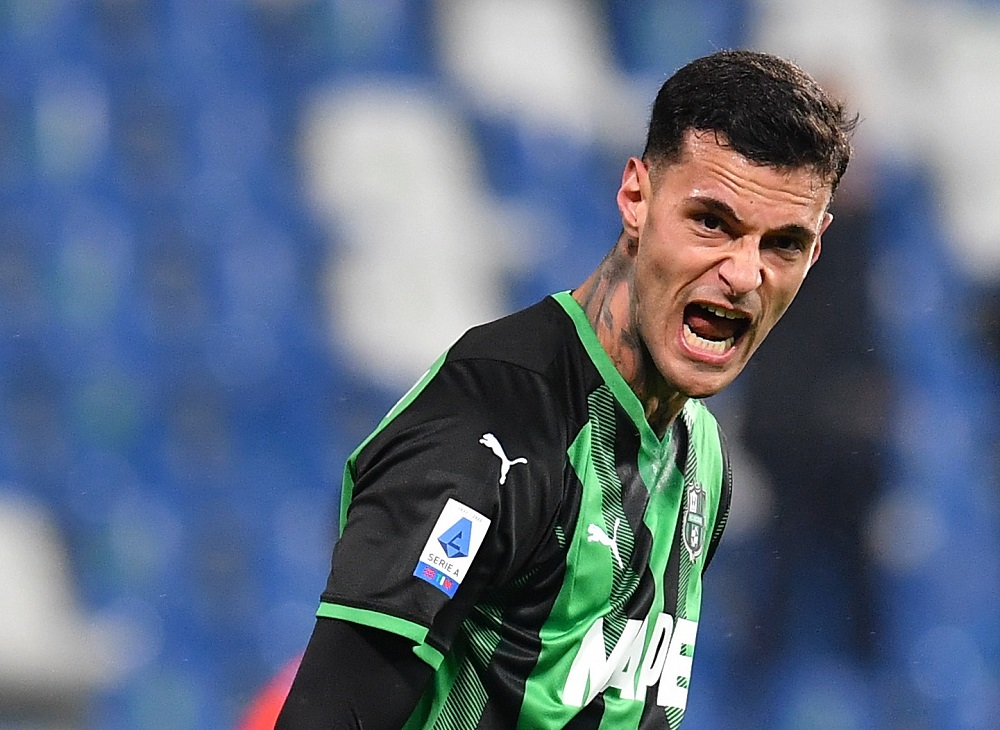 Sassuolo forward Gianluca Scamacca is “of interest” to Arsenal, according to The Athletic, but the website claim the Gunners may have a hard time persuading him into moving to the Emirates.

Both Inter and AC Milan are also keen on the 23-year-old and it is believed that the player would prefer to stay in Italy:

What to expect from Arsenal in the transfer market:

🔺 LCB wanted to support Gabriel. Tried for Schlotterbeck in Jan

Scamacca has been in great form this season, having racked up 16 goals in Serie A despite Sassuolo finishing the campaign in midtable.

The Gunners tried to sign another Sassuolo player, Manuel Locatelli, last summer, but the midfielder also decided to remain in his home country, so it will be hoped that history doesn’t repeat itself.

It is not believed that Scamacca is Arsenal’s priority target to strengthen their forward options anyway. Manchester City’s Gabriel Jesus, Everton’s Dominic Calvert-Lewin, Inter Milan’s Lautaro Martinez, Roma’s Tammy Abraham and Napoli’s Victor Osimhen are just some of the other names currently being considered.