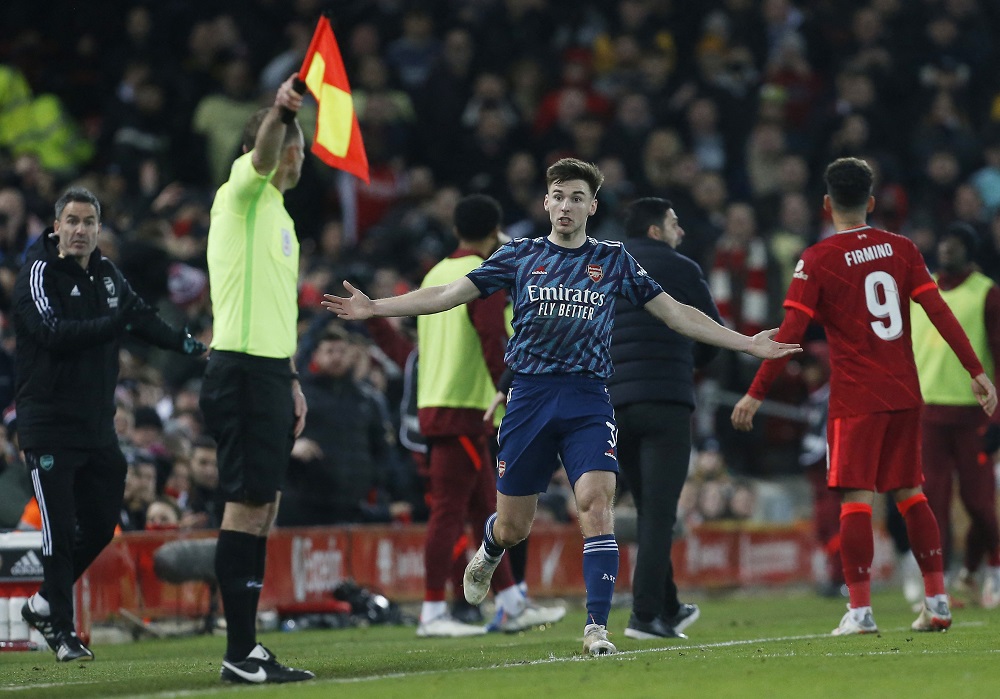 Former Arsenal striker Kevin Campbell has confidently predicted that Kieran Tierney will succeed Alexandre Lacazette as the club’s next captain.

Tierney is already part of the team’s “leadership group” and the Scottish international will be in the frame to take on the role, along with Martin Odegaard. However, Campbell says that the Norwegian will be handed the vice-captaincy by manager Mikel Arteta:

“The captain’s armband has gone to Kieran Tierney when Lacazette has gone off. I think it’s quite clear that Tierney is the vice-captain now and so he should be. I believe he is the right man for the job. When Lacazette leaves at the end of the season I expect Tierney to be named the captain, 100 percent.”

“Maybe [Martin] Odegaard will be his vice-captain after that. Odegaard will not be the main captain but I think he’ll be part of the leadership group.”

Much will depend on Lacazette’s future. The Frenchman’s current deal with the Gunners does expire in the summer but there is still a possibility that he could sign an extension and remain at the Emirates.

In terms of other potential candidates, Ben White would be among those under consideration. Granit Xhaka is still seen as a leader in the squad but, after being stripped of the captaincy previously, it is highly unlikely that the Swiss international will be asked to take on the role again.

Campbell is, therefore, correct in his assessment that Tierney will be the favourite to take on the responsibility if Lacazette does leave.