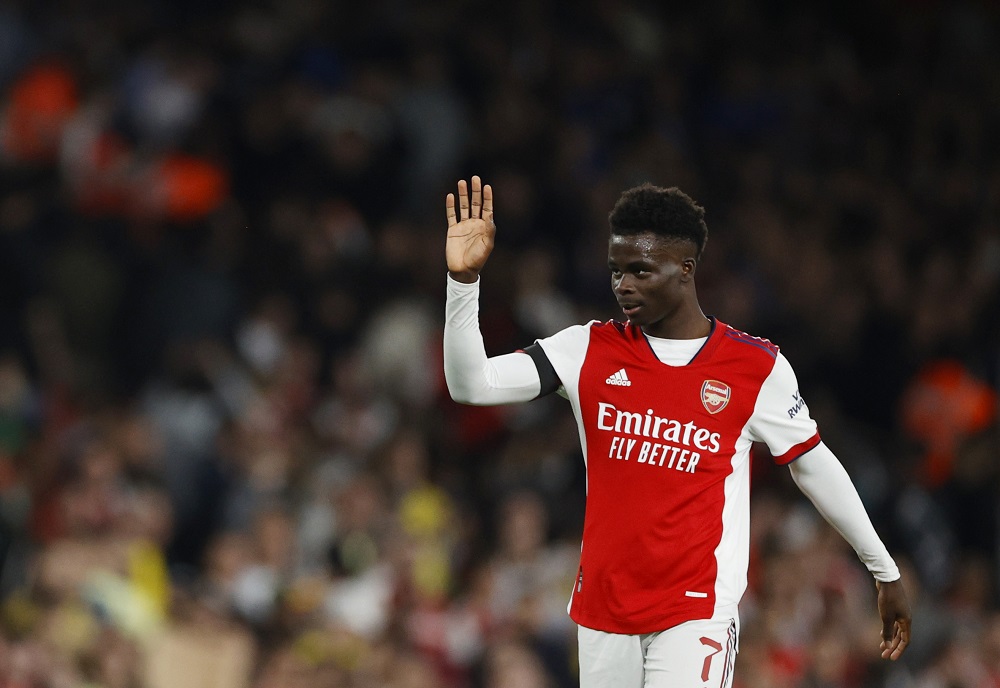 Manchester City have stepped up their interest in Arsenal winger Bukayo Saka, according to reports in the English media.

The 20-year-old has two years left to run on his current deal at the Emirates and the Gunners are hoping to offer the England international a new long-term contract which would make him one of the club’s top wage earners.

Arsenal’s failure to qualify for the Champions League has, though, complicated matters, with City and Liverpool both believing that there could be a chance to snap up Saka. Fans on Twitter are concerned about the prospect of losing one of their key players:

But imagine if he left….

He’ll run his contract to the final yea, if Arsenal fails again next year, he walks

RVP Cesc Sanchez all left because Arsenal didn’t do enough to challenge for big titles. If we keep messing around in transfer windows and not build a proper team around Saka then Saka will also want to leave. I don’t think he will sign a new contract unless he sees changes

Saka should play and retire at Arsenal. Seeing him on other clubs shirt counts as cheating to me

While City and Liverpool are likely to be keeping tabs on Saka, this latest story does appear to be the work of the player’s agent. It was widely reported that negotiations over a new contract would begin this summer, and it’s not a coincidence that rumours about interest in Saka have emerged at the same time. Such speculation will be used to put pressure on the Gunners to give in to the agent’s demands, so we shall see how the club responds.