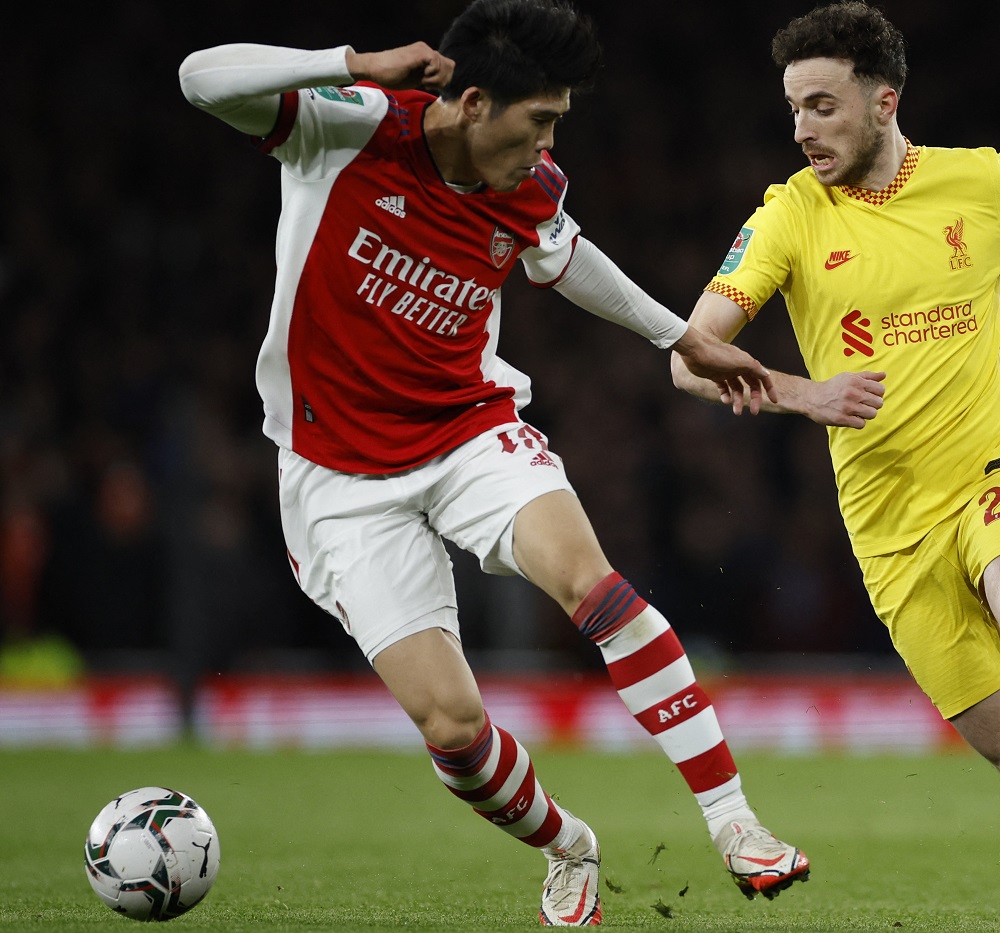 Takehiro Tomiyasu, Ben White, Gabriel and Emile Smith Rowe did not take part in first-team training yesterday, according to reports in the English media.

All four Arsenal players are struggling with fitness issues. Tomiyasu was forced off with a thigh problem in the 2-0 defeat to Newcastle on Monday night, while Smith Rowe was also substituted early in the second half at St James’ Park. Both White and Gabriel have been suffering with muscular injuries, and were major doubts heading int to the game versus the Magpies so it remains to be seen if the two players have suffered recurrences.

With Champions League qualification now out of the Gunners’ hands heading into the final fixture against Everton, fans on Twitter are extremely pessimistic ahead of the weekend, especially after this latest injury update:

We ‘re running on fumes completely now.

Oh no. Can the season finish any sooner?

It’s looking like we got another Tierny in Tomiyasu… Man seem to be injury prone..

Squad depth is main reason we are out of top 4 when we had the best 11 on pitch it’s different team.

The season is done anyway

There is no doubt that Mikel Arteta’s team has run out of steam. A lot of that is down to the thin squad that the club chose to go with after not recruiting anyone during the January transfer window. It’s a decision that has come back to haunt Arsenal.