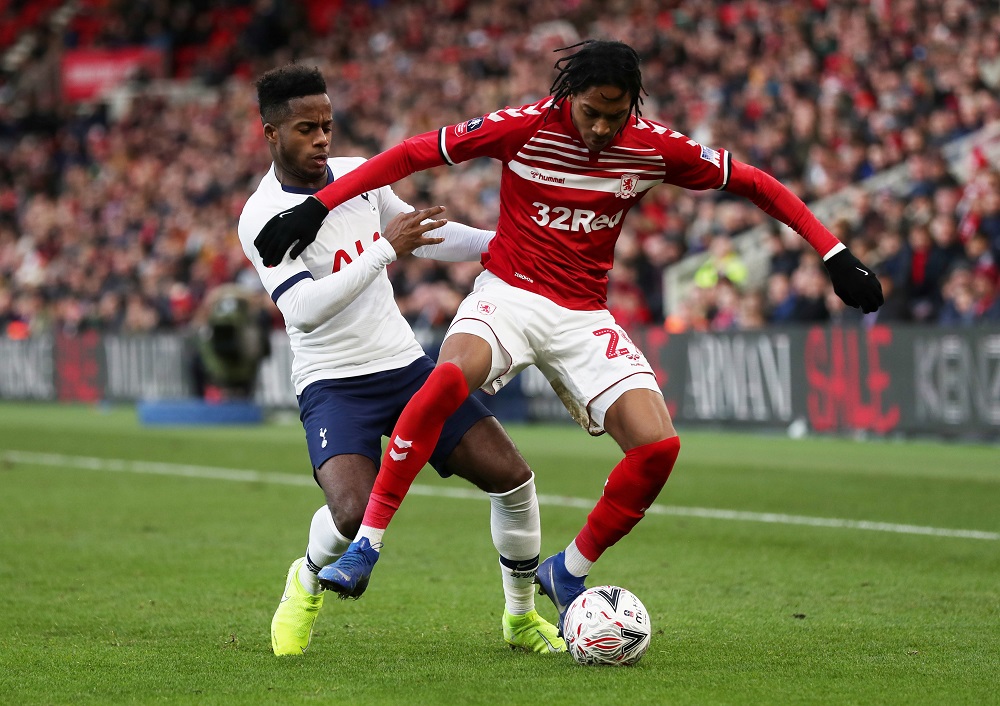 Arsenal forward Gabriel Martinelli claims that Nottingham Forest right-back Djed Spence is the toughest individual opponent he has faced so far in his fledgling career.

The Gunners lost 1-0 to Forest in the FA Cup back in January and Martinelli says he had a difficult time getting the better of Spence:

“Actually the guy from Nottingham Forest, Djed Spence, who I played against in the FA Cup. He is very strong, good on the ball, calm and quick. I was surprised; he is a really good player.”

Both Arsenal and Tottenham have been linked with Spence in recent months. The 21-year-old is on loan from Middlesbrough and the Teessiders are thought to be asking for a fee in the region of £12m to £15m. Supporters on Twitter believe that the club should go after the fullback:

It is surprising to hear Martinelli’s remarks, considering he has also come up against the likes of Chelsea’s Reece James and Manchester City’s Kyle Walker in the Premier League.

Spence is, though, a very promising young talent and his asking price is quite reasonable. We shall see if the Gunners do make their move in the summer.