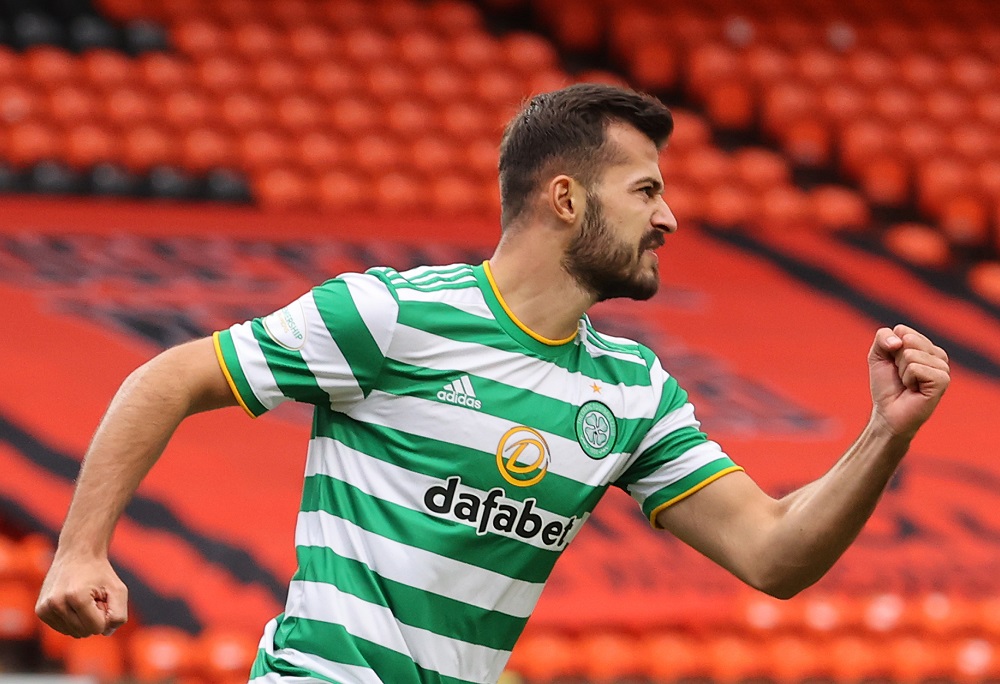 The Swiss international has often been criticised for his lack of work rate but his finishing also went awry in what was an extremely disappointing display from the forward.

Supporters on Twitter could not hide their frustration with Ajeti and many are hoping it won’t be long before he is dropped from the starting eleven:

I’m sorry but Ajeti just isn’t good enough, he had that two game spell but he just doesn’t offer enough up front

Rather Griffiths than him honestly

Ajeti is an empty jersey!

I don’t like to pick out one player when we don’t get the results but the balls in from wide were fantastic and we should have scored a right few goals, kyogo would have had a field day with that service

I have fence out my backdoor that moves more than ajeti

Ajeti today his positioning was shocking, the chance he missed was inexcusable, this guy is an absolute passenger and cannot be trusted.
Get him out in the next window, must be great getting the chance to water the jersey every week cause we don’t have another striker!!

The biggest issue for manager Ange Postecoglou at the moment is that he has few other options due to the current injury situation.

Kyogo Furuhashi is working his way back to fitness from a knee injury but he is touch and go to be fit for the game against Bayer Leverkusen later this week.

Giorgos Giakoumakis won’t feature on Thursday evening but there is now optimism that the Greek international will recover from a calf strain in time for the trip to Aberdeen on Sunday.