‘Been A Huge Disappointment So Far. Must Improve’ ‘Has To Be Better Defensively’ Fans Discuss Celtic Midfielder’s Form 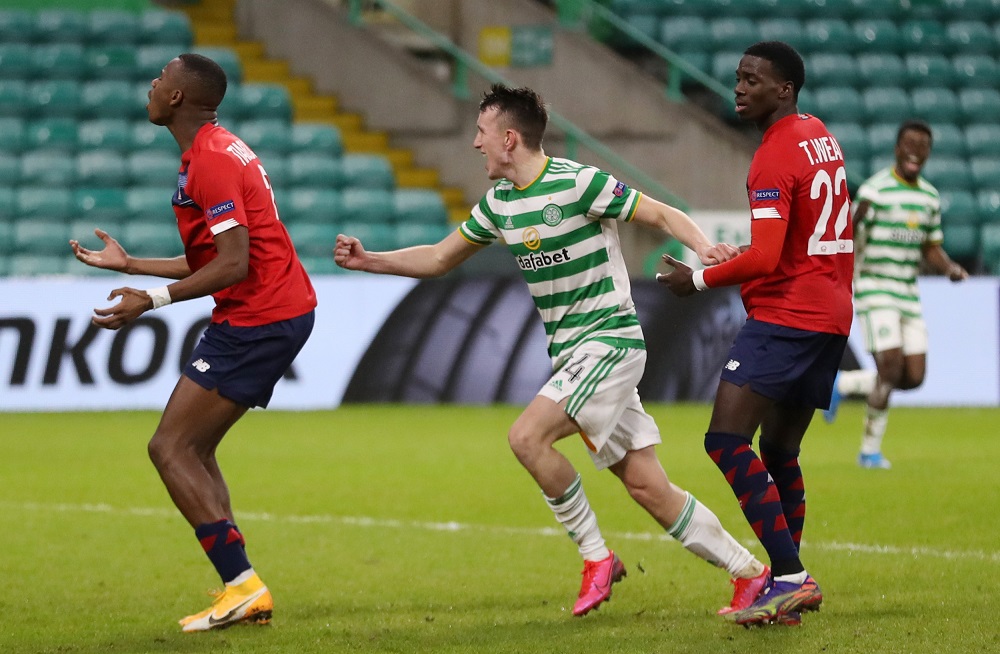 Celtic midfielder David Turnbull has had a rather mixed start to his second season at Parkhead.

The 22-year-old scored a hat-trick in the 6-0 win over St Mirren in August, as well as a brace in the Europa League qualifier against FK Jablonec, but he has also had some pretty poor moments.

Turnbull was at a fault for the opening goal in the 4-0 home defeat to Bayer Leverkusen, and he has often been criticised for not doing enough defensively, especially when losing possession. While a few fans on Twitter believe the midfielder has real potential, many are frustrated with his poor work rate:

DT has been a huge disappointment so far. Must improve

Brilliant player. Couple of things to add to his game, namely a competent midfield defensive partner and the sky’s the limits.

You can have great technique, work hard and a great temperament though you also need the football brain intelligence its like chess the best players mostly know what they are going to do well in advance. Turnbull great until up against quality. Maybe he will improve mentally

Motherwell player. He’ll no do.

He could start tracking back quicker, preferably before he takes a bit sigh after losing the ball, then a pregnant pause whilst thinking about getting back, then starting to jog back with the pace of a sloth.

Good in forward areas,has to be better defensively.

Does virtually nothing when we’re out of possession. That’s what he needs to develop.

The Scotland international is still learning the ropes, and there will inevitably be peaks and troughs in his form. The talent is clearly there, though, and it will be hoped that he will put in the work on the training ground to develop every aspect of his game.

Virüslü
‘Been A Huge Disappointment So Far. Must Improve’ ‘Has To Be Better Defensively’ Fans Discuss Celtic Midfielder’s Form
# celtic # david turnbull