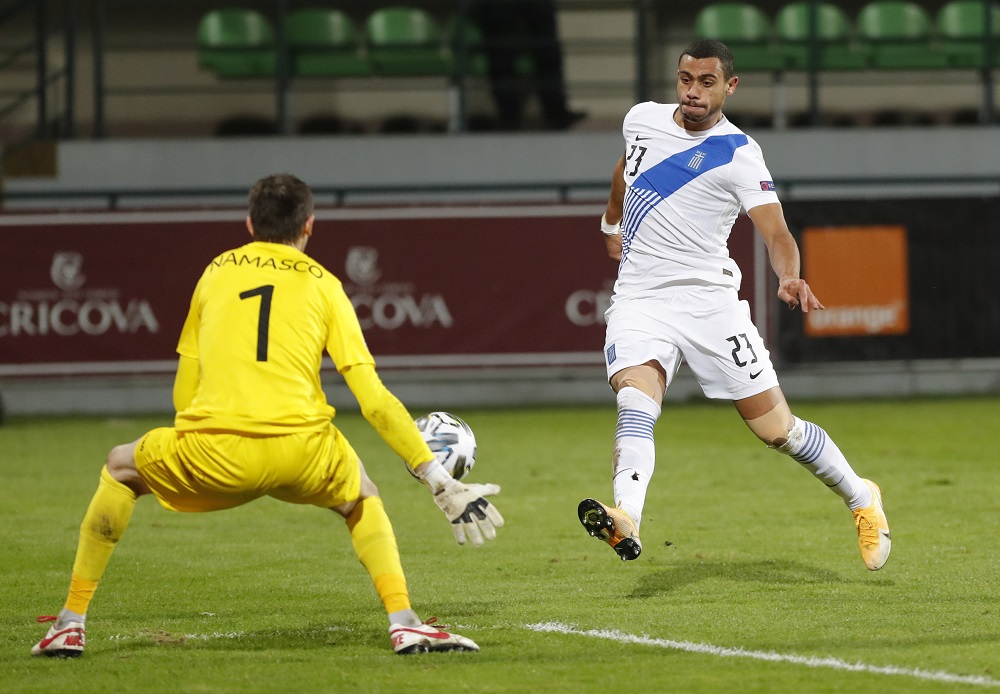 The Greek international took his chance very well, and while fans on Twitter were happy with his contribution on his first start for the club, they feel that his teammates need to play to his strengths more often:

Little service, one chance and buried it. Can’t ask for more.

He will cause a lot of teams bother. Like his attitude and seems solid

Done well. Glad he got a goal. Don’t think he’s fully fit yet, so hopefully gets better the fitter he gets.

Never got the service but took the only chance he got🍀

The big man is looking the real deal, will hopefully be up to 100% match fitness when we play Sevco in January.

Movement looks great, took his goal really well. Will only get better imho

Good poachers goal, a real physical presence and not shy to do the dirty pressing work

Absolute beast. Got stuck in and held the ball up well against a team that came and played 10 men behind the ball. And got a well deserved goal.🍀🍀🍀🍀🍀🍀

Giakoumakis was starved of the ball at times, and that understanding with the rest of the team will come with more minutes on the pitch.

The 26-year-old is strong when holding up the ball but if Celtic can deliver more balls into the box, he will undoubtedly score a fair few headed goals this season.

Manager Ange Postecoglou now has a number of different options he can use up front. While Giakoumakis would be best used against teams at home that sit back, Kyogo Furuhashi may well be best suited in the middle when the Hoops play on the counter-attack away from Parkhead.