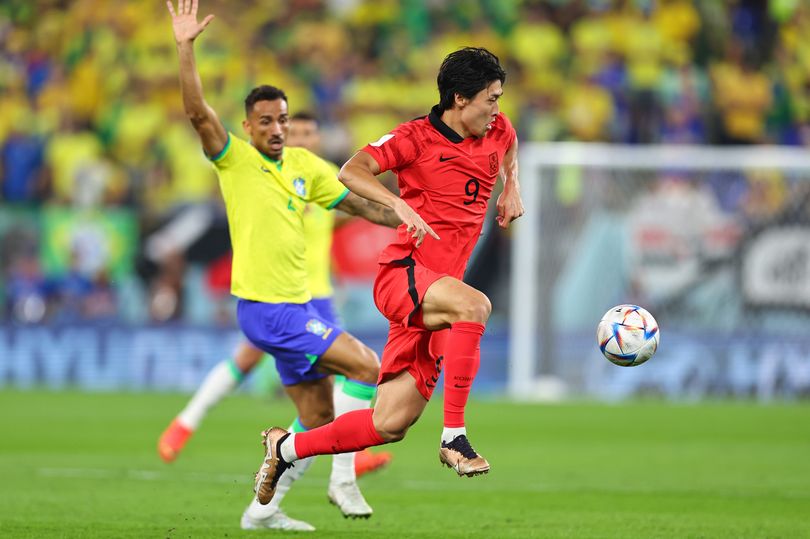 “Celtic’s first proposal was not at a level that Jeonbuk was satisfied with, but they even sent a letter saying that if Jeonbuk sent a player, Jeonbuk would meet all the conditions they wanted. So, I sent my intention to include the sell-on clause. This part was not included in the official letter.

“If Jeonbuk said they would send a player, they decided to send a letter containing this information again. Celtic was the most active. The director even wanted a video call. Our staff translated and even talked directly to the players.”

Celtic target Cho Gue-sung’s agent has revealed the Glasgow giants have been the “most active” in trying to secure his player’s signature.

Ange Postecoglou is looking to strengthen his striking options ahead of the expected departure of Greek striker Giorgos Giakoumakis. The 28-year-old is wanted by J League side Urawa Red Diamonds, however they have failed to offer the fee wanted by the Parkhead club. Celtic are also said to be keen on Kwon Hyeok-kyu and Oh Hyeon-gyu to replace Giakoumakis – with latter wanting to head to Scotland.

According to Gue-sung’s representative, Celtic have made a number of approaches for the South Korean striker with a video call taking place between the east end club and Jeonbuk Hyundai Motors. The league champions are not the only team in for the World Cup star with Bundesliga side Mainz and MLS outfit Minnesota United also interested in securing his services.

Neil Lennon’s right-hand man has revealed they have been weighing up potential targets in recent months and, with the season having been curtailed, they are now planning ahead for next campaign:

“Every year we want to bring a couple of fresh faces in to give us a lift and try and strengthen the areas we think we can improve, and that will be no different this year.”

“It will be more challenging because we don’t know the state of the transfer market yet, we don’t know when the transfer windows will run. But we have spent this time at home looking at potential players who could come in and improve the squad.”

Reports have suggested that those two names could be Reading winger Michael Olise and Hearts left-back Aaron Hickey. Neither would be glamorous signings but the global health crisis means Celtic’s finances have been hit.

However, it is also believed that the Hoops will look to strengthen their squad with loan additions with manager Neil Lennon having already expressed his desire to keep Fraser Forster and Mohamed Elyounoussi for a second season.