‘Going To Be Unreal’ ‘Next Season: Iniesta 2.0’ Fans Are Hoping To See Even More From Celtic January Signing 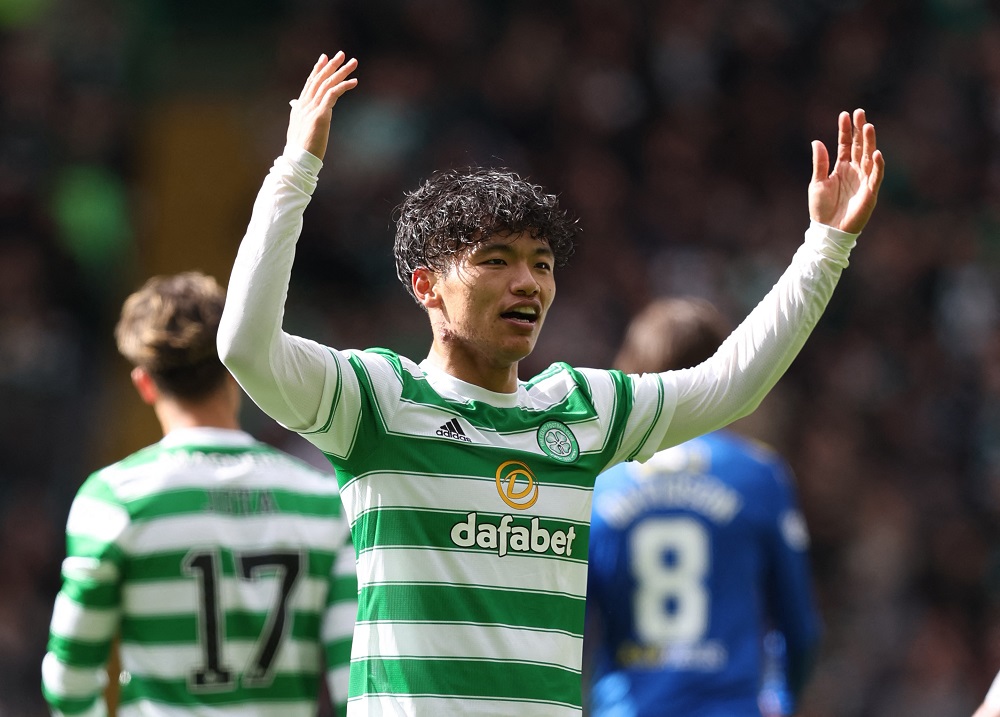 Celtic midfielder Reo Hatate started his Hoops’ career like a house on fire, with the highlight being a brace in the 3-0 win over rivals Rangers back in February.

However, the Japanese international’s performance steadily declined toward the end of the season, with the player not even in the squad for the final league match against Motherwell last weekend.

Hatate has spoken out about fatigue, having pretty much played non-stop for fifteen months, and supporters on Twitter are very much backing him to get back to his best for the start of the 2022/23 campaign:

Fully rested and bedded in he’s going to be unreal

His one touch approach will get the praise it deserves

could be one of our best players, same with meada, just imagine his speed while being on full fitness

Started of on fire….but defo needs to up his fitness levels…Caught ball watching a few times with players gettn in behind him but hopefully a good rest and proper pre season will sort him!!🍀

There is no doubt that tiredness played a key factor in the 24-year-old’s form tailing off and, while fans should still probably keep their expectations in check, they will definitely see an improvement in Hatate once he has had some time off.

Considering that Celtic only paid £1.4m when they signed the midfielder from Kawasaki Frontale in January, he has been an excellent addition to the squad so far.

Virüslü
‘Going To Be Unreal’ ‘Next Season: Iniesta 2.0’ Fans Are Hoping To See Even More From Celtic January Signing
# celtic # reo hatate