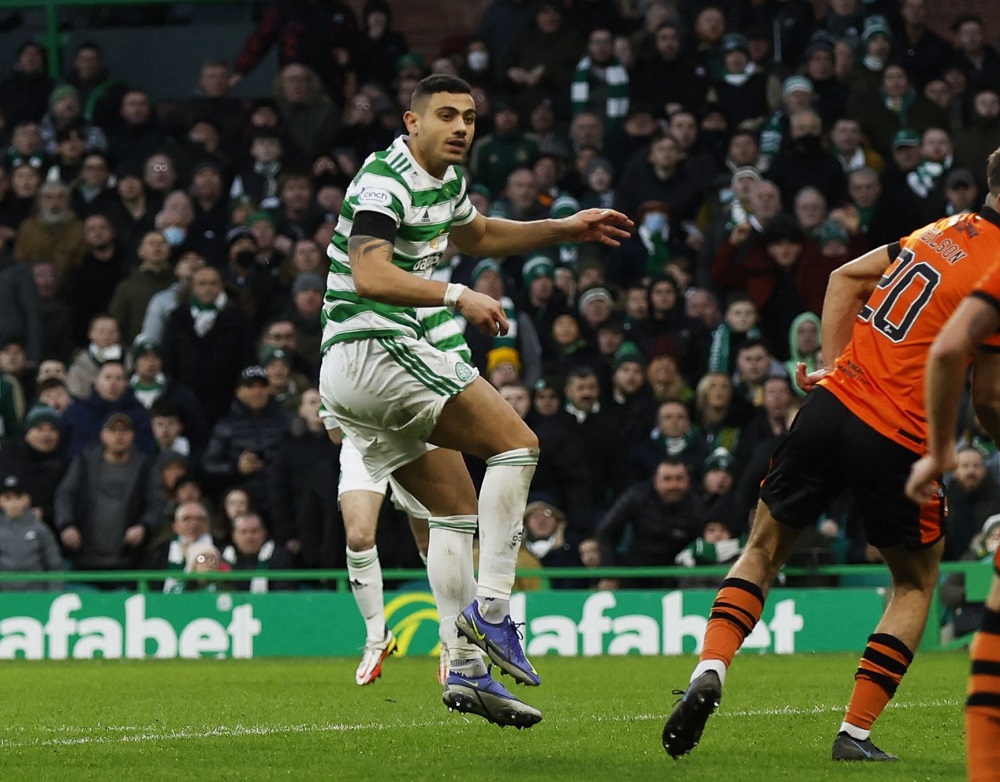 Celtic striker Giorgos Giakoumakis’s brace against Motherwell at the weekend took his goal total for the season to 17. Considering he had struggled with injuries for the first few months of the campaign, that is some going.

It has led many supporters on Twitter not only to praise the Greek international but also to predict that he will score even more during his second year with the Hoops:

He’s been a gem since his return

Keeping kyogo on hiw toes, you start score 2, I’ll come on and score 2

Him and Kyogo will bag 30+ each next season. Bookmark this

Supporters are right to be expecting even greater things from Giakoumakis next season. Of course, the 27-year-old will need to keep himself fit but his goals per 90-minute ratio is the best of anyone in Scotland.

There is obviously a big question over whether Ange Postecoglou will favour Kyogo Furuhashi or him to start the majority of matches, but it is certainly a good problem for a manager to have, especially with the number of high profile games that Celtic will be playing next campaign.