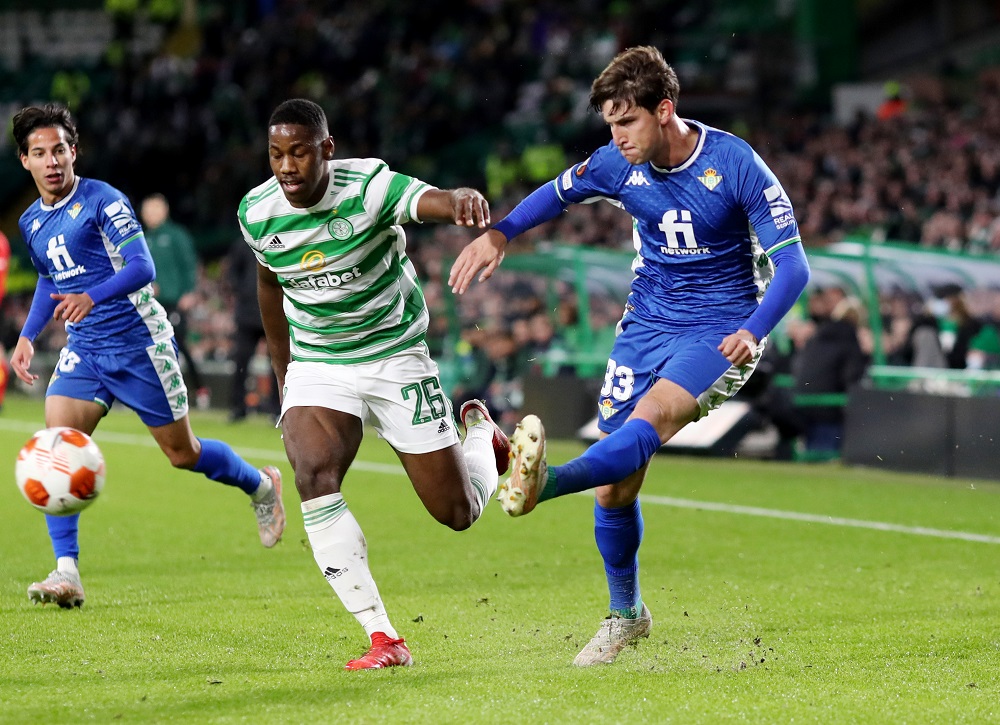 The 21-year-old has impressed since joining the Belgian Pro League side on loan during the January transfer window. However, while Ganaye admits they would like to sign the centre-back, they cannot afford him:

“Urhoghide has proved to be an excellent addition, but the problem is he is still too expensive for us. But I hope we can work out a solution with Celtic, then I would be very happy because we really want to keep Osaze.”

It will be interesting to see what happens with Urhoghide in the summer. Just after his loan move was confirmed earlier this year, the player said that Ange Postecoglou had reassured him that he still has a future at Celtic Park.

Whether that is in fact the case, it is questionable. Cameron Carter-Vickers could make his loan move to the Hoops permanent, and with Carl Starfelt, Christopher Jullien and Stephen Welsh also in the squad, there isn’t a lot of room for another centre-half.

All Urhoghide can do is to continue to impress for Oostende in the hope that his form will turn Postecoglou’s head. Despite only arriving from Sheffield Wednesday last summer, the defender made just one appearance before being shipped out to Belgium.