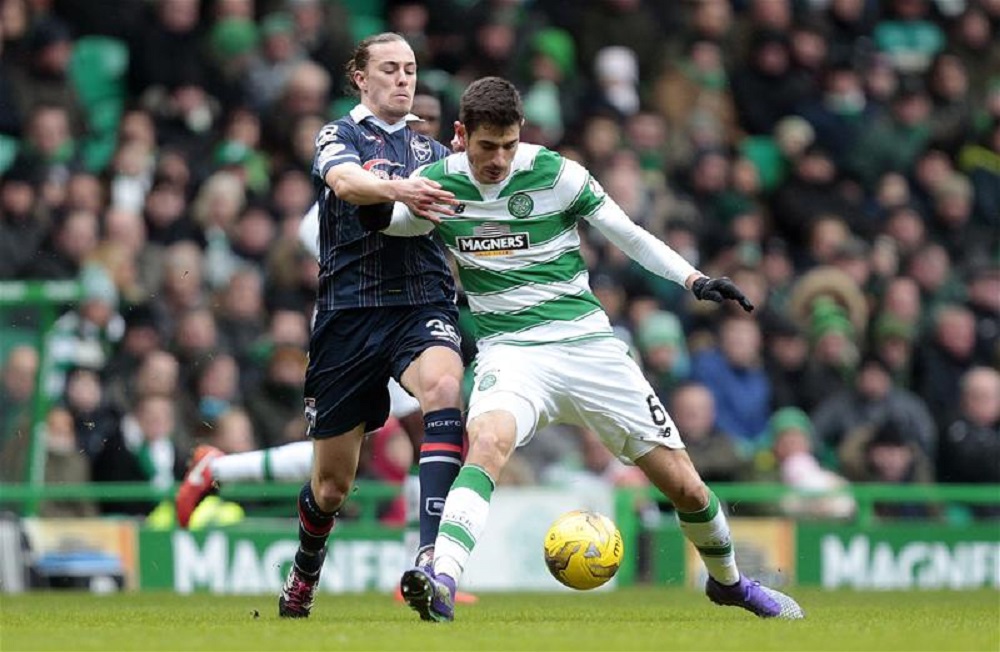 Celtic midfielder Nir Bitton is considering a possible move away from Parkhead at the end of the season, according to reports in the Scottish and Israeli media.

The 30-year-old has one year left on his contract and, with interest from both Maccabi Haifa and Maccabi Tel Aviv, he is said to be weighing up a return to his homeland.

While Bitton does have his detractors among the fanbase, the majority of supporters on Twitter believe he will be missed if he does decide to leave Celtic Park:

I’d keep him if at all possible, adds height and steel to a lightweight midfield. When played in his correct position he’s a valuable asset.

Always liked him. I know a lot don’t, but I never had a problem seeing him in the team.

Massive part of a winning machine for a decade. Great servant. Cheers Niro

No better player for seeing a game out.

Great servant to the club, played many positions without complaint and helped us to win many trophies. HH 🇮🇪💚

Tremendous servant.
Always known he was a squad player, but always positive, supportive of his teammates.
Stepped in when needed, and by n large contributed well in variety of positions

Would prefer we kept Bitton as a midfielder and shifted out.. McCarthy, Soro and Johnston, Niro has always been good in the air (defending corners etc) and when played in midfield allows CalMac to play further up the park.

It is easy to forget that Bitton has spent nine seasons in Scotland, having joined from FC Ashdod in 2013, and he has racked up 270 appearances during his time in Glasgow.

Over that period, Bitton has won 14 major trophies (soon to be 15), and he has proven to be a great utility player, having filled in as both a midfielder and a centre-back over the years. He deserves to be given a great send-off if he opts for a move back home.