‘We Need To Get This Boy Signed Fast’ ‘Pay The Money Now’ Celtic Fans Call On Club To Clinch 6.4M Transfer After Sunday’s Display 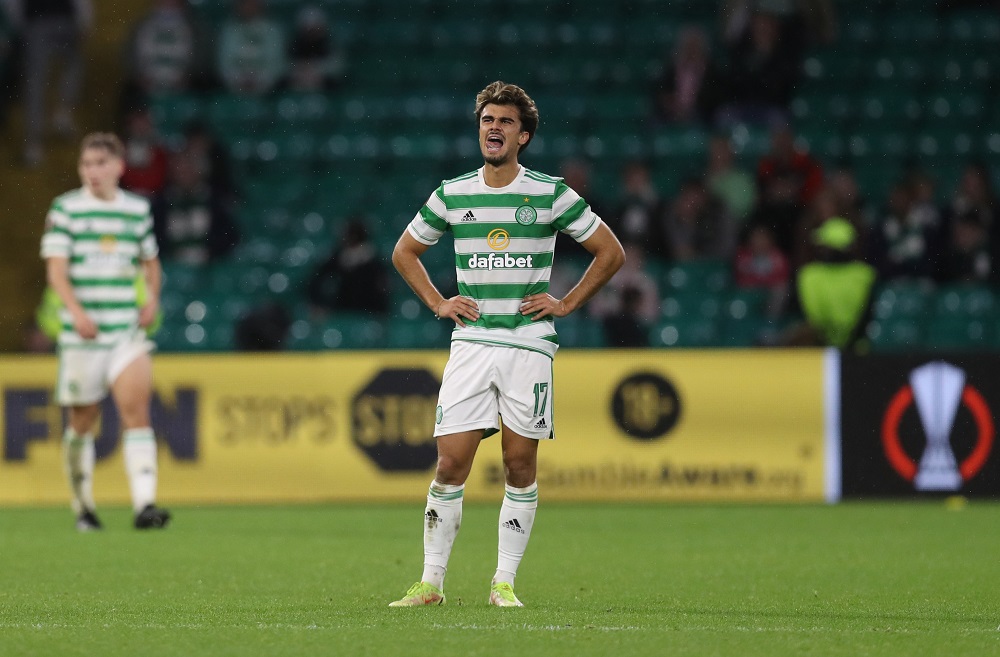 Celtic winger Jota scored the winning goal as the Hoops sealed a narrow 2-1 win over Aberdeen at Pittodrie on Sunday.

The Portuguese forward has made a good impression since arriving on loan from Benfica in the summer, and fans on Twitter want the player signed on a permanent basis:

We need to get this boy signed fast hh 🍀

We’re lucky Benfica are only asking for £6.4 million cause he’s some player

Get this guy signed @CelticFC

Celtic do have the option of signing Jota permanently for €7.5m (£6.4m) but it’s likely that the Scottish club will want to see more of him before pulling the trigger.

He has had a good start to life at Parkhead, having scored two goals and provided two assists in seven appearances for Celtic so far.

Considering Jota only hit the back of the net twice during a full year on loan at Real Valladolid last season, it seems that manager Ange Postecoglou is getting the best out of him. We shall see if he can keep that form up for the rest of the campaign.