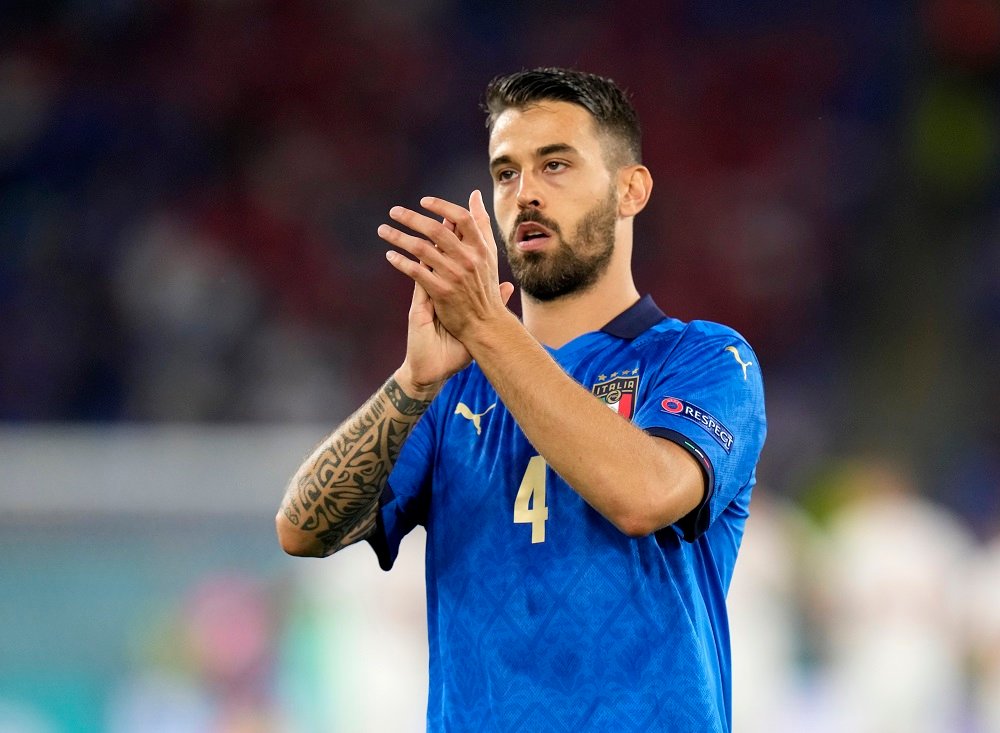 Chelsea and Real Madrid are both interested in signing Roma left-back Leonardo Spinazzola, according to reports in the Italian media.

The 28-year-old has recorded a top speed of 33.8 km/h at the European Championships, which is the joint highest of the competition, alongside Hungary’s Loic Nego.

As well as showing off his lightning pace at the tournament, Spinazzola’s all-round game has been impressive, having played an important role in helping Italy reach the quarter-final stages.

It is believed that Chelsea are considering strengthening their options at wingback. Both Emerson Palmieri and Marcos Alonso could leave Stamford Bridge this summer, leaving Thomas Tuchel with Ben Chilwell as the only alternative on the left-hand side.

However, as Spinazzola is right-footed, he could easily be considered for the right-wingback role, especially now the Blues appear to have missed out on signing Achraf Hakimi, with the Inter Milan player expected to finalise a move to Paris Saint-Germain in the coming days.