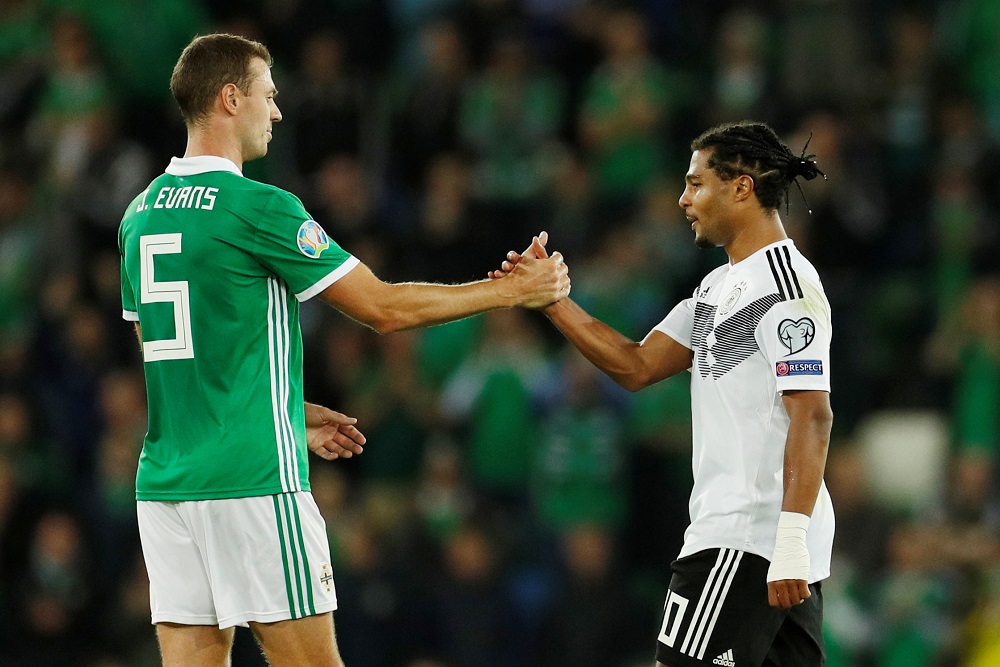 Chelsea and Tottenham have joined the battle to sign Bayern Munich winger Serge Gnabry, according to reports in the German media.

Both Liverpool and Manchester United were credited with an interest in the former Arsenal player earlier this month, and it seems more Premier League clubs have now entered the fray.

Gnabry’s contract at Bayern expires at the end of next season and, while there is still confidence that the 26-year-old will put pen to paper on an extension, the Blues are one of the teams keeping a close eye on developments.

Considering Thomas Tuchel’s side have struggled for goals in the Premier League this campaign, it would not be surprising if they are tracking Gnabry, especially due to his contract situation.

The German, who has 31 caps for his country, does prefer to play on the right flank; an area of the team which could do with more depth. Out of all Chelsea’s current forward options, Hakim Ziyech is the only player who likes to play off that side of the pitch.