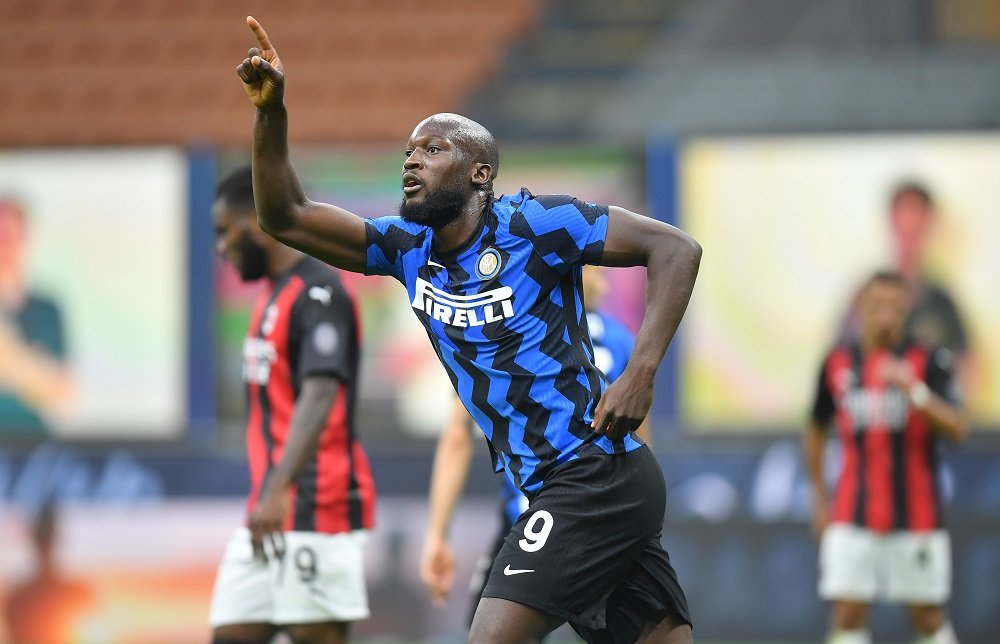 Chelsea are still likely to be keeping tabs on Inter Milan striker Romelu Lukaku despite the Belgian having stated in recent weeks that he is happy to stay in Italy, according to the Daily Telegraph‘s Matt Law.

The 28-year-old is believed to be on a list of targets that the Blues are considering, along with Borussia Dortmund’s Erling Haaland and Tottenham’s Harry Kane. Speaking on the London is Blue podcast, Law suggested Lukaku or even his teammate Lautaro Martinez could be on the club’s shortlist:

“I’m still not convinced everything is over with Lukaku despite his statement [that he is happy at Inter]. I’ve spoken to a few people in Italy who think that Inter might yet have to look at selling him if they can’t raise the money they need to raise. I’m also told that Lautaro Martinez, his strike partner at Inter, that he could go if Lukaku doesn’t go. I still wonder whether a Chelsea or someone will have him further down the list… I don’t see the Lukaku one fully going away yet, particularly as he is having a good tournament. I don’t see why you should just take his public statements as a sign to ditch that one”

Lukaku scored 30 goals in all competitions last season and has bagged three more for Belgium at the European Championships. There are some reports suggesting that Inter may consider letting him go for €100m (£85.7m) but as, Law points, that depends on the Nerazzurri’s financial situation and how desperate the Serie A club get in terms of needing to balance the books.

While Haaland still seems to be the main target for Chelsea, the fact that things have gone so quiet on that front indicates that the London club may well be considering other names such as Lukaku.