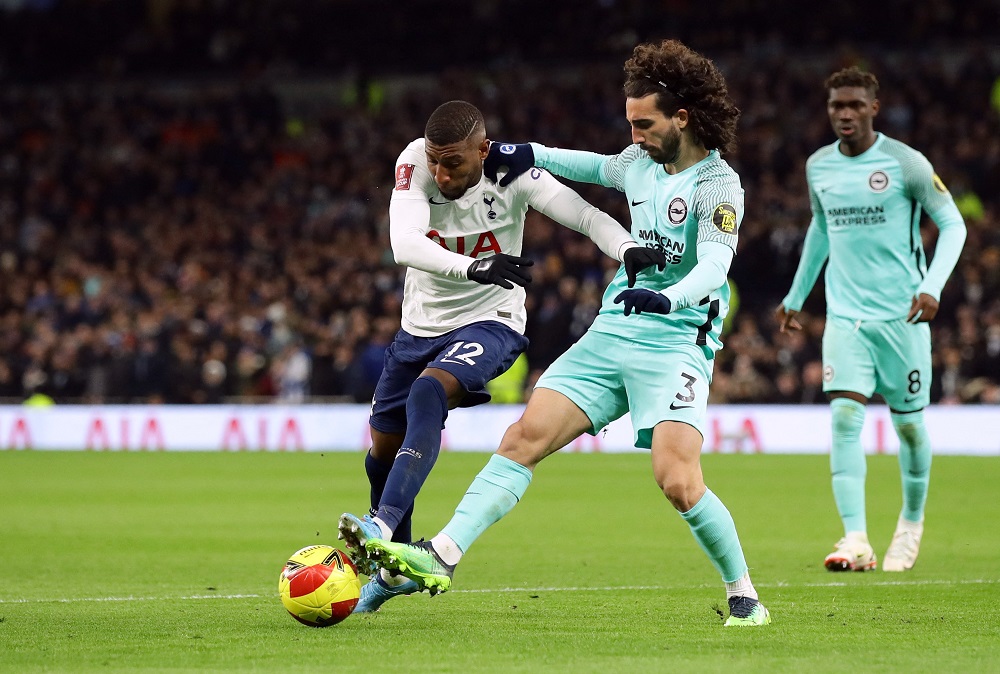 Brighton wingback Marc Cucurella is a target for Chelsea, according to Goal‘s Blues correspondent Nizaar Kinsella.

The journalist claims that a move for the Spaniard could happen this summer if fellow countryman Marcos Alonso leaves Stamford Bridge:

Chelsea’s latest on contract renewals of Rudiger, Christensen and Azpilicueta after they add Barcelona’s Ronald Araujo to their list of summer targets: https://t.co/fxWQy3xZjI #CFC

Cucurella has been excellent for the Seagulls since arriving from Getafe in August and supporters on Twitter are very much behind Chelsea making an offer for the 23-year-old:

Is this real? Cause we have to make this happen
Cucerella is really talented, calm, tackles really well and also pushes the attack

It would be a great signing if Marcos Alonso leaves,Marc Cucerella is a wonderful wing back, if you watch our match against them, he was really really good, he was my man of the match

Ever since Chelsea were looking for a new left wing back since 2019 I been pushing for him. I preferred him over reguilon and chilwell although chilwell came out good tho but still I wanted him.

I’d be surprised if Brighton accepted anything lower than £40m.

Long overdue man, we should of got him from Getafe…Brighton would want about £50m for him

Finally a sensible and attainable target, send alonso the other way

It is believed that Cucurella was the subject of interest from the London club previously, prior to his arrival in the UK, but a deal was struck to sign Ben Chilwell from Leicester instead.

At the time, Cucurella reportedly had a £15m release clause in his contract, which Brighton eventually took advantage of themselves. He is expected to cost a lot more now.

Any bid does seem dependent on Chelsea finding a buyer for Alonso, though, so fans should keep their excitement in check about the possibility of signing a replacement.