‘Wow… What Are We Doing?’ ‘Swap Deal With Alonso’ Fans React As Chelsea Target Belgian Star With 50M Release Clause 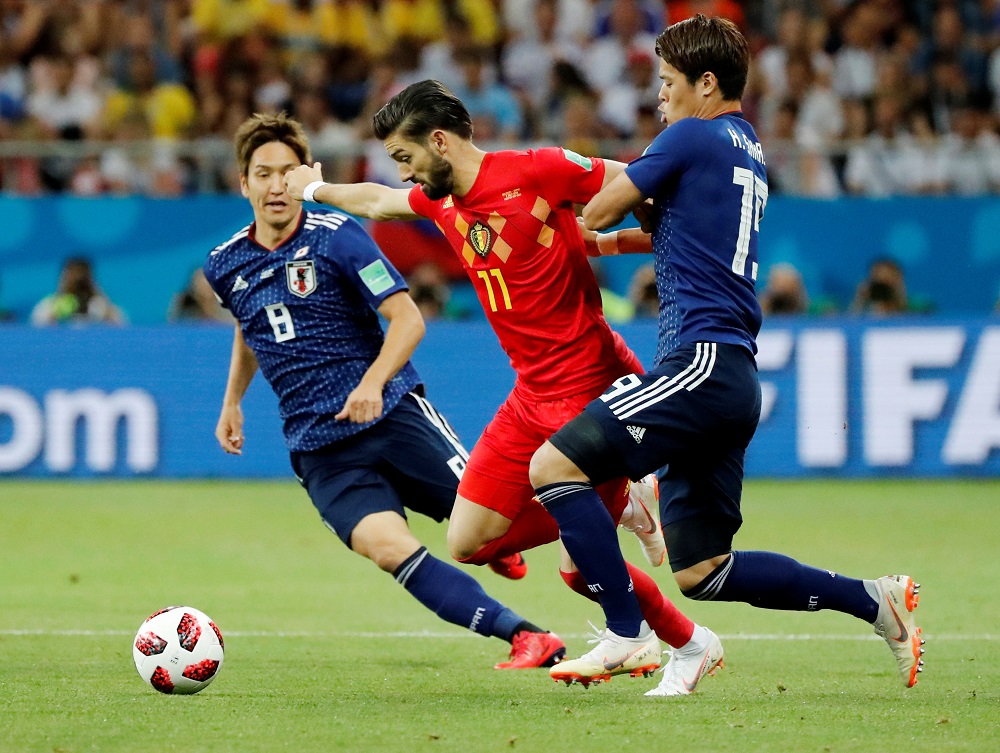 Chelsea are one of five teams interested in Atletico Madrid wingback Yannick Carrasco, according to reports in France.

The Belgian international, who has a €60m (£50m) release clause, is being targeted by the Blues, Manchester United and Barcelona in view to a summer switch. However, both Newcastle and Tottenham are said to be looking to do a deal before tonight’s deadline.

Most supporters on Twitter believe the London club will be too slow to sign Carrasco this month anyway, while some don’t think he is a good enough player to strengthen their options on the flanks:

Wow what are we doing 🥴

We will only keep monitoring, admiring and contacting till we start shipping out our pile of fringe players.

This is a good option for wingback tbh

Wtf is anyone talking about Carrasco in 2022

Carrasco has been in decent form so far this season, having scored two goals and provided six assists in 29 appearances for Atletico. His ability to play both as a winger and at wingback on either side would also make him a useful addition to the squad.

However, at 28 years of age, the Belgian is hardly one for the future, and most respected sources claim that Chelsea would prioritise a much younger option such as Barcelona’s Sergino Dest if they were going to reinforce out wide.