According to the reliable Sam Dean of the Telegraph, north London giants Arsenal are keen to bolster Mikel Arteta’s frontline with the signing of the Brazil international during the off-season.“Arsenal are among the clubs who are considering a move for Leeds winger Raphinha. No formal offer at this stage but he is understood to be on the list of potential targets,” he tweeted. “International team-mate of Martinelli & used to play with Gabriel at club level.” 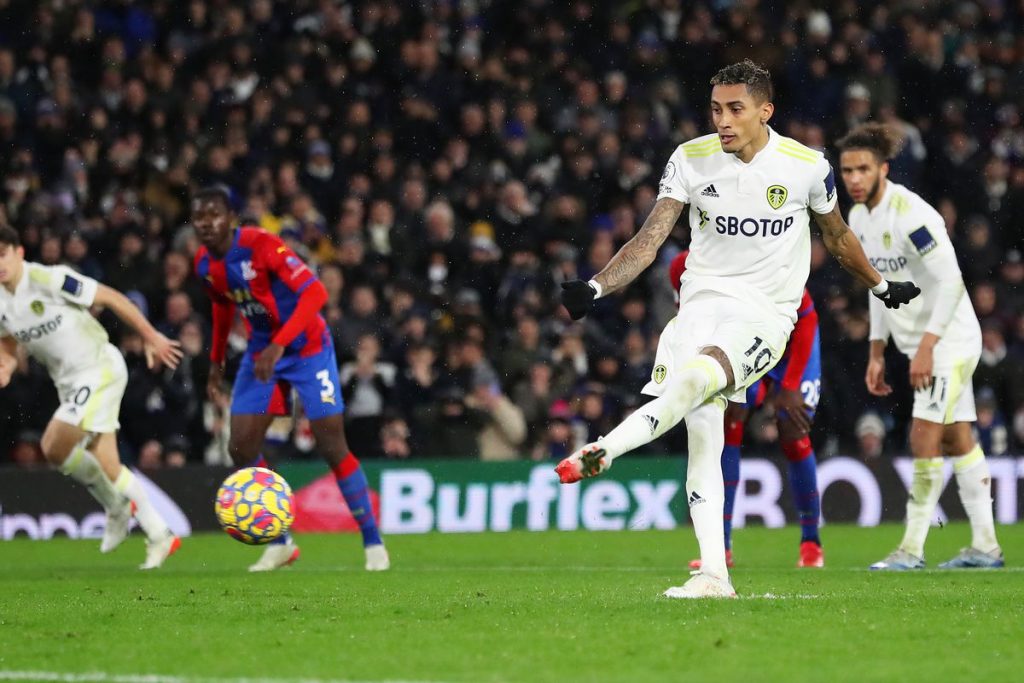 Leeds are unwilling to sell their star winger for any less than €55m (£50m), as per Fabrizio Romano, but given their recent fight with relegation, the player may have bigger ambitions ahead of the World Cup this winter.

Inevitable saga brewing
This latest update will come as a gutting blow to supporters around Elland Road as their fears of losing the enigmatic dynamo were somewhat alleviated when news of Barca’s situation broke but now the Gunners are hot on his heels instead.

Raphinha played a big part in Leeds’ survival as his 11th goal of the season opened the scoring on the final day, where the Yorkshire giants sealed a 2-1 victory over Brentford to remain in the big time. It also confirmed his position as Jesse Marsch’s top goalscorer for the campaign, too.

He also ended the season as the most creative outlet in the squad, averaging 1.9 key passes per game, some 0.7 attempts more than the next best, Rodrigo, per WhoScored.