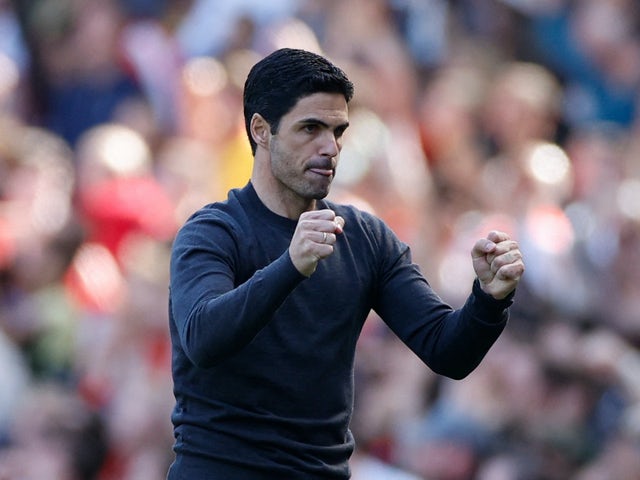 Arsenal will face Crystal Palace at Selhurst Park in the first game of the 2022-23 Premier League season.

The London derby will raise the curtain on the new campaign on Friday, August 5, before the first Saturday of action gets underway with last season’s runners-up Liverpool travelling to newly-promoted Fulham – the fourth season in a row the Reds have started against a promoted side.

Manchester City will begin their title defence in the final match of the opening gameweek when they take on West Ham United at the London Stadium.

Nottingham Forest‘s first game in the Premier League since 1998-99 will see them travel to Newcastle United, who surged up the table during the second half of last season.

Bournemouth – the third newly-promoted team – begin their life back in the top flight at home to Aston Villa on Saturday – one of five 3pm kickoffs on that opening Saturday of action.

The first meeting between two of the ‘big six’ comes in gameweek two, when Chelsea host rivals Spurs at Stamford Bridge, while the week after that is another grudge match between Manchester United and Liverpool.

Last season’s top two Liverpool and Man City will face off for the first time at Anfield on the weekend of October 15, before renewing hostilities at the Etihad Stadium at the beginning of April.

As requested by England boss Gareth Southgate, the ‘big six’ have been kept apart in the final gameweek before the World Cup, with the mid-season break beginning on November 13 and ending on December 26.

Both the Manchester derbies and the North London derbies are scheduled for October 1 and January 14 respectively in what promises to be a blockbuster double-header, while the Merseyside derbies will take place on the weekends of September 3 and February 11.