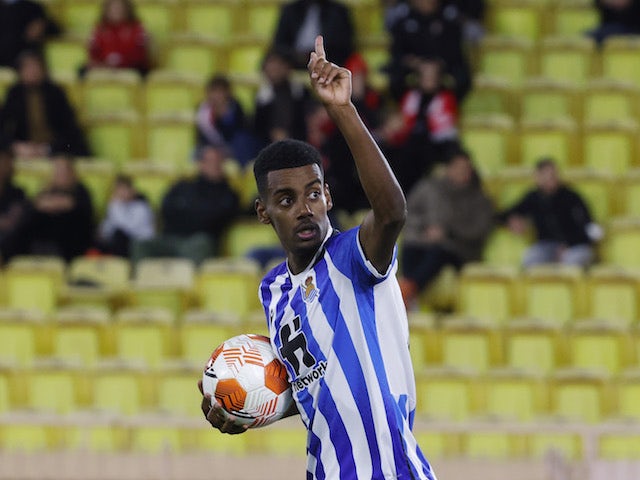 The 22-year-old has scored eight times and registered three assists in 32 appearances for his Basque club during the 2021-22 campaign, while he has netted 41 times and contributed eight assists in 121 matches since joining the La Liga outfit from Borussia Dortmund in 2019.

Isak only signed a new contract with Real Sociedad last July, but there has been a host of speculation surrounding his future over the last few months.

According to AS, a number of Premier League clubs are ‘in love’ with the Sweden international and will attempt to sign him during this summer’s transfer window.

The report claims that Isak has a €90m (£75.5m) release clause in his contract at Real Sociedad, with the club expecting ‘very high offers’ to arrive in the upcoming market.

Arsenal are expected to sign at least one new forward this summer even if Alexandre Lacazette pens a new deal, while Man United are said to be determined to boost their attack ahead of next season.

Liverpool could also be in the market for a new striker if Mohamed Salah leaves Anfield, with the Egyptian believed to be the subject of interest from Paris Saint-Germain and Barcelona.