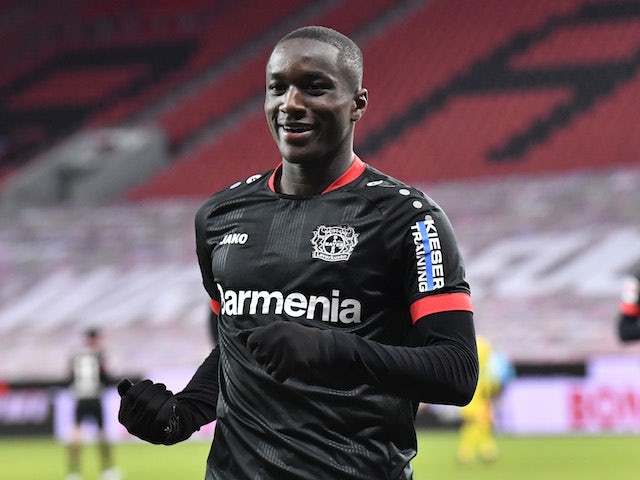 Bayer Leverkusen attacker Moussa Diaby is reportedly the subject of interest from Arsenal, Manchester United and Newcastle United ahead of the summer transfer window.

The 22-year-old has been in impressive form for his German club during the 2021-22 campaign, scoring 16 times and registering nine assists in 34 appearances in all competitions.

Diaby still has more than three years left to run on his current deal, but there has been a host of speculation surrounding his future over the last few months.

According to Sport1, Arsenal, Man United and Newcastle are all keen to bring the Frenchman to the Premier League in the upcoming market.

The report claims that Leverkusen could demand in the region of £50m for Diaby, who has 12 goals and seven assists to his name in the Bundesliga during the 2021-22 season.

The former Paris Saint-Germain youngster has netted 34 goals and registered 32 assists in 116 appearances for his German side since arriving in 2019.

Liverpool have also previously been credited with an interest in the versatile attacker.