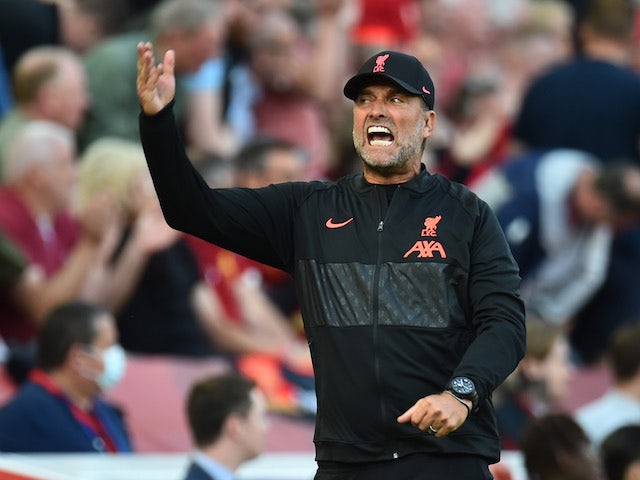 Barcelona have reportedly added Liverpool manager Jurgen Klopp to their shortlist as a possible replacement for current boss Ronald Koeman.

Following public disagreements between the Dutchman and Barca president Joan Laporta, reports arose over the Blaugrana planning to remove Koeman as manager, with a five-man shortlist originally drawn up including Roberto Martinez and former midfielder Xavi.

Such rumours of a departure grew after the Catalan giants fell to a 3-0 defeat at the hands of Benfica in the Champions League group stage on Wednesday, as they trailed for the entirety of the game following Darwin Nunez‘s third-minute opener.

According to The Mirror, Klopp has now been added to the list of potential managers to take the club forward, while Xavi remains the front-runner for the job.

The German, who arrived at Anfield in 2015, has a contract until 2024 and is said to be committed to the Reds, having led them to a Champions League title and their first top-flight triumph in 30 years in the 2019-20 season.

Wednesday’s loss saw the Blaugrana remain at the foot of their Champions League group, having lost both of their first two games 3-0, while Koeman’s side currently sit sixth in the La Liga table after drawing three of their first six league matches.