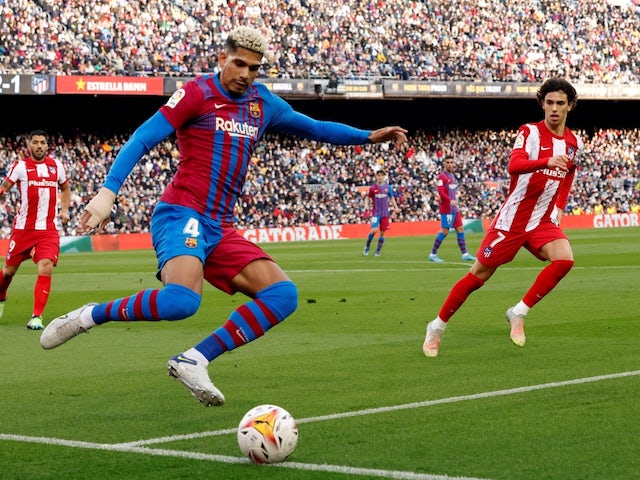 Both players will see their current deals at Camp Nou expire in 2023 and have been linked with a potential move to the Premier League.

According to Sport, Barca are confident that they will reach an agreement with both players which would see them sign new long-term contracts this month.

The report adds that an announcement regarding their commitments to the club could be made after the El Clasico clash with Real Madrid at the Santiago Bernabeu on March 20.

Seventeen-year-old Gavi – who has been linked with the likes of Chelsea, Liverpool and Manchester City – is set to be offered a new five-year deal with a €1bn (£829m) release clause, a clause which has also been inserted into the deals of Ansu Fati, Pedri and January signing Ferran Torres.

As for 22-year-old Araujo – who is believed to have attracted interest from both Chelsea and Manchester United – the Uruguayan is also set to be presented with a similar offer to teammate Gavi.