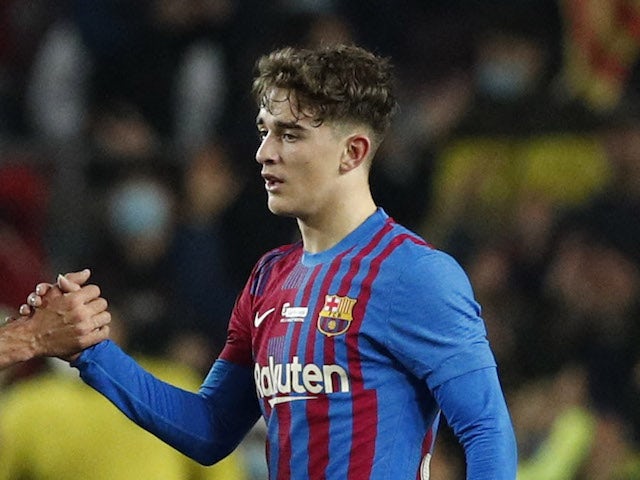 Barcelona will reportedly meet with Gavi‘s representatives next week in the hope of finally coming to an agreement over a new contract.

The 17-year-old made the breakthrough at Camp Nou during the 2021-22 campaign, featuring on 47 occasions in all competitions, contributing two goals and six assists in the process.

Gavi’s contract with the Catalan giants is due to expire next June, though, and there has been widespread speculation surrounding his future at the club.

A number of Premier League clubs, including Manchester United, Chelsea and Liverpool, are believed to be keen to bring him to England during this summer’s transfer window.

Barcelona president Joan Laporta recently admitted that his club were becoming frustrated by the delay in the teenager’s renewal.

“His agent has had the renewal offer on the table for a long time,” Laporta told L’Esportiu. “We don’t have any news they have accepted it. The news that we do have is that they are comparing and at some time will say something. We have said our position and for now, it’s not been accepted.

“Yes (hurt by the actions of Gavi’s agent), because we don’t understand it. Gavi is a player that we all like, he has a present and a magnificent future at Barcelona.

“Within the salary levels, it’s more than acceptable. (But) we will not go out of these levels, because I don’t want Barca to continue in the line that those before us were on that has taken Barca to ruin.

“If we have players that come out of the academy, we make them an offer of a present and a very good future, and if the agent is comparing and delaying the decision, it’s understandable that I don’t like the situation.”

The youngster’s agent Ivan de La Pena is believed to have been unhappy with Laporta’s comments, which has caused a further issue between the two parties.

However, according to Sport, both have agreed to put the recent comments behind them, and a fresh round of contract talks will be held next week.

Barcelona remain confident that an agreement can be reached, but Gavi is believed to be holding out for a higher salary due to his impressive breakthrough campaign at Camp Nou.

Gavi, who became Spain’s youngest ever player last October, is thought to be looking for a contract until June 2027, which would include a substantial release clause.

The midfielder scored twice and provided six assists in 34 La Liga appearances during the 2021-22 campaign, in addition to featuring on 11 occasions in the Champions League and Europa League.

Gavi made the move to Barcelona at the age of 11, progressing through the various youth teams at the club before making his first-team debut last year.