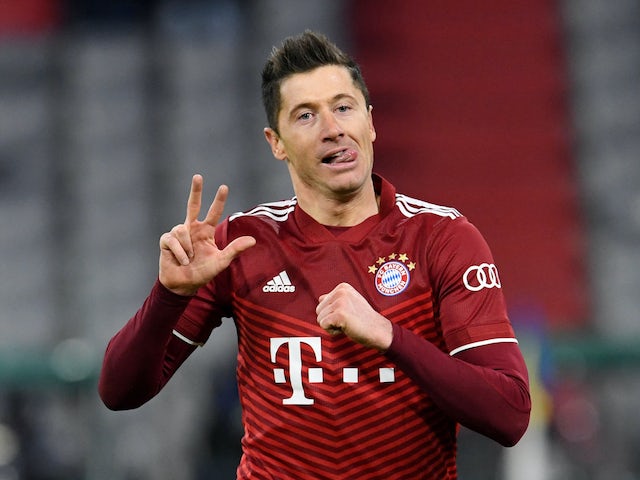 The 33-year-old has again been in impressive form for his German club this season, scoring 45 times and registering four assists in 37 appearances in all competitions.

Lewandowski’s future at Allianz Arena continues to be called into question, though, with his contract in Munich due to expire in June 2023.

Manchester United and Liverpool have both recently been linked with moves for the striker, who has scored 339 goals and registered 69 assists in 366 appearances for Bayern in all competitions.

However, according to Sport, there is also serious interest from Barcelona, with the Catalan outfit keen to sign a new forward during this summer’s transfer window.

The report claims that Xavi‘s side are expecting to miss out on a deal for Borussia Dortmund‘s Erling Braut Haaland and have identified Lewandowski as an alternative.

Barcelona will allegedly offer the Poland international a four-year deal to move to Camp Nou, which is a longer contract than Bayern will put on the table for the centre-forward.