Barcelona ‘promise Mohamed Salah he can join next summer’ 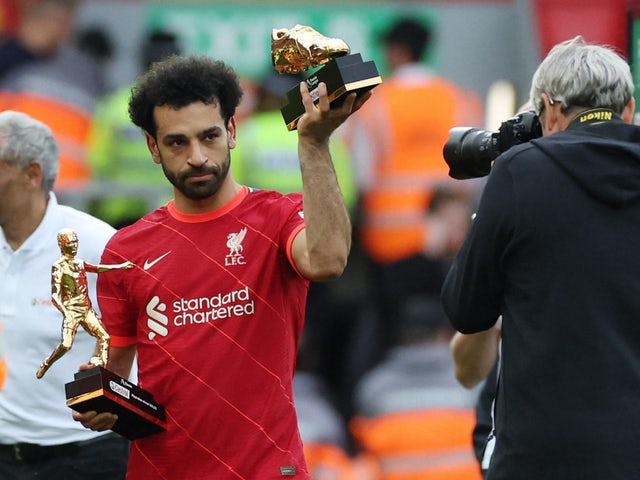 Liverpool attacker Mohamed Salah has reportedly been told by Barcelona that he is free to join the club on a free transfer next summer.

The 29-year-old is yet to extend his Liverpool contract beyond the summer of 2023, despite engaging in lengthy negotiations with the EFL Cup and FA Cup holders.

Salah added fuel to the fire surrounding his future in 2020 by admitting that he would not rule out a move to Real Madrid or Barcelona while contract talks with Liverpool fail to bear fruit.

However, Salah affirmed before the Champions League final that he would not leave the club before the end of his current contract, telling reporters: “I’m staying next season for sure, that’s clear.

According to The Mirror, Barcelona are in a position where they could afford to sign Salah as a free agent in 2023, and they have given the Egypt international their word that he is free to join.

The report adds that Barcelona are set for a £235m windfall thanks to their partnership with audio streaming service Spotify, which will allow Xavi to welcome a wealth of new faces to Camp Nou.

La Blaugrana’s interest is said to be a major factor in Salah’s reluctance to extend his Liverpool stay, and Jurgen Klopp‘s side are running a real risk of letting the ex-Chelsea man leave on a free transfer next year.

Since arriving from Roma in 2017, Salah has amassed 156 goals and 63 assists in 254 outings for Liverpool, winning the Premier League, Champions League, EFL Cup, FA Cup and Club World Cup in that time.

The Egyptian ended the 2021-22 Premier League season with a share of the Golden Boot after scoring 23 goals – level with Tottenham Hotspur’s Son Heung-min – as well as scooping the playmaker award with 14 assists.

A move for Salah this summer is seemingly off the cards, but Barcelona are reported to be growing increasingly confident about their chances of snapping up Robert Lewandowski‘s Bayern Munich.

The 33-year-old has already confirmed that he will not be extending his stay in Bavaria beyond the end of next season, and Bayern are supposedly fearful that he could end up terminating his contract.

Liverpool are also facing concerns over the future of Sadio Mane, whose own contract expires in 2023 amid strong interest from Julian Nagelsmann‘s German champions.

Mane recently claimed that he would “do what Senegalese people want” after results from a social media poll voted in favour of his Liverpool departure, but he soon downplayed such comments as a joke.

Nevertheless, Mane has supposedly still decided that he wants to end his Anfield stint this summer, following AC Milan-bound Divock Origi out of the exit door.