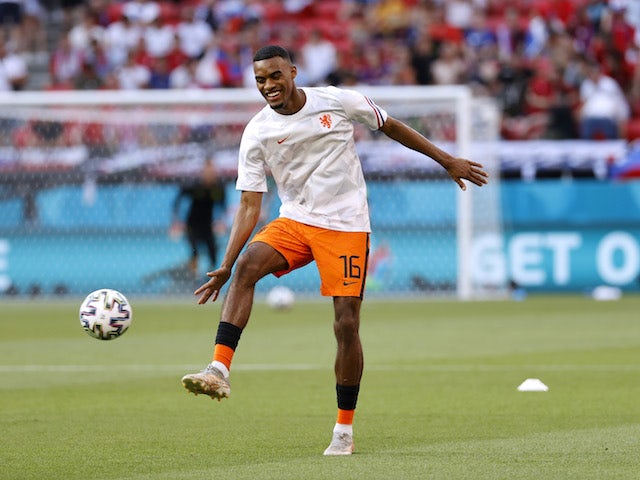 The 19-year-old has been an important player for his Dutch club during the 2021-22 campaign, making 34 appearances in all competitions, contributing one goal and four assists in the process.

Gravenberch has entered the final 18 months of his contract in Amsterdam, and there has been a host of speculation surrounding his future in recent months.

Barcelona and Real Madrid are both believed to be interested in signing the Netherlands international this summer, while Liverpool and Juventus have also recently been linked with his services.

However, according to Italian journalist Fabrizio Romano, Bayern are in a strong position to sign the teenager in the upcoming market.

Romano claims that Bayern CEO Oliver Kahn recently met with the midfielder’s agent Mino Raiola in Monaco to discuss a summer move, although the Bundesliga champions are not currently prepared to pay his €30m (£25m) price tag.

Gravernberch has scored 10 goals and provided 11 assists in 95 appearances for Ajax in all competitions, while he has been capped 10 times by the Netherlands.