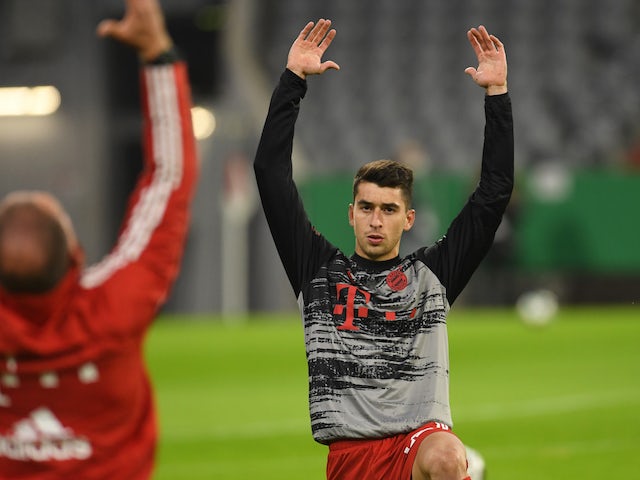 Bayern Munich are reportedly ready to make up to eight players available for transfer to boost their chances of signing Liverpool forward Sadio Mane.

Despite having won yet another Bundesliga title in 2021-22, it appears that Bayern’s squad for next season will have a significantly different look to it with the futures of several players up in the air.

Serge Gnabry has just 12 months left on his contract and could leave the Allianz Arena, while legendary forward Robert Lewandowski has been outspoken in his desire for a new challenge.

As an alternative for at least one of their pair, Bayern are targeting Mane, who is in a similar situation with regards to his contract at Anfield.

Earlier this week, it was claimed that the German giants had failed with a second approach for the Senegal international, the proposal being described as ‘laughable’.

According to Bild, Bayern are ready to respond by being open to sale of numerous squad players, including midfielder Marc Roca.

The defensive midfielder was limited to four starts and nine substitute appearances in the Bundesliga and Champions League last season, and the 25-year-old is now being heavily linked with Leeds United.

The same report also suggests that Marcel Sabitzer features on the list of potential outgoings, despite the Austria international only joining from RB Leipzig last summer.

Sabitzer failed to establish himself throughout this campaign with only nine of his 30 appearances in the top flight and Europe coming from the starting lineup.

Former Reading left-back Omar Richards is another notable name, even if the left-sided player only made six starts and 11 substitute outings during his first year at the club.

Having just starred on loan at Anderlecht, there is potential for forward Joshua Zirkzee remaining at Bayern, providing that he pens a new contract.

However, on the back of contributing 16 goals and nine assists in the Belgian top flight, all parties could be looking towards a transfer with just a year left on his current deal.

Offers will also be considered for the fringe trio of Christian Fruchtl, Christopher Scott and Sarpreet Singh.