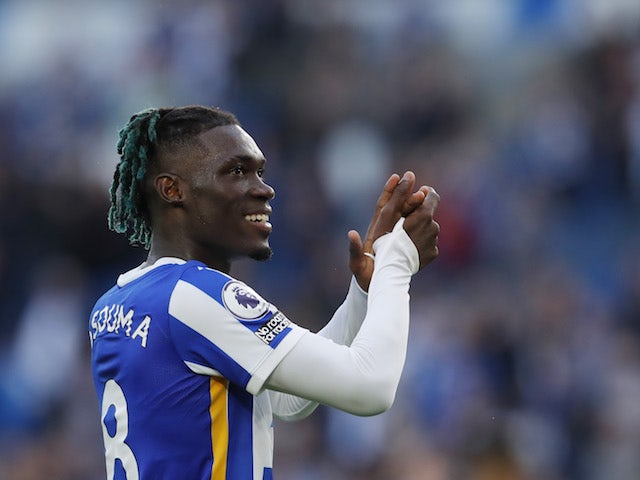 Brighton & Hove Albion midfielder Yves Bissouma has hinted that he is open to a summer transfer to Arsenal.

The Mali international has been a major hit at the Amex Stadium since his arrival in 2018, making a total of 112 appearances in the Premier League.

However, with just one year remaining on his contract, the 25-year-old appears increasingly likely to take on a new challenge ahead of next season.

Bissouma has never been short of interest, Liverpool being the most notable admirer over the past 12 months, while Aston Villa are also said to be weighing up an approach.

Nevertheless, it appears that Bissouma may be more interested in a switch to North London given his recent activity on social media.

On Instagram stories, Bissouma shared two posts from the same user, the first claiming that Arsenal should sign the player “at all costs”.

The second story shared suggested Bissouma as a potential long-term replacement for Thomas Partey, who has endured an injury-hit two years at the Gunners.

While Arsenal are currently focused on trying to sign at least one new central forward, Mikel Arteta also wants to strengthen in the middle of the pitch.

In the two more defensive-minded positions behind Martin Odegaard, Arteta was unable to field a regular partnership due to injuries and suspensions.

Granit Xhaka made the most starts (27) in the Premier League, with Partey making just 23, Albert Sambi Lokonga only 12 and the majority of Mohamed Elneny‘s eight coming towards the end of the season.

Despite the reference to Partey, Bissouma would almost certainly be regarded as an alternative to either Xhaka or Sambi Lokonga should he depart the Seagulls for England’s capital.

Although there remains a possibility that Brighton could be willing to allow Bissouma to run down his contract, the South-coast outfit have impressed many with how they are run behind the scenes.

That should eventually result in Bissouma being sold for a fee in the region of £25m before the end of August, that money likely to be reinvested back into Graham Potter’s squad.

Penning a new contract can also not be ruled out at this stage, Brighton having just recorded ninth position in the Premier League, the highest placing in their history.