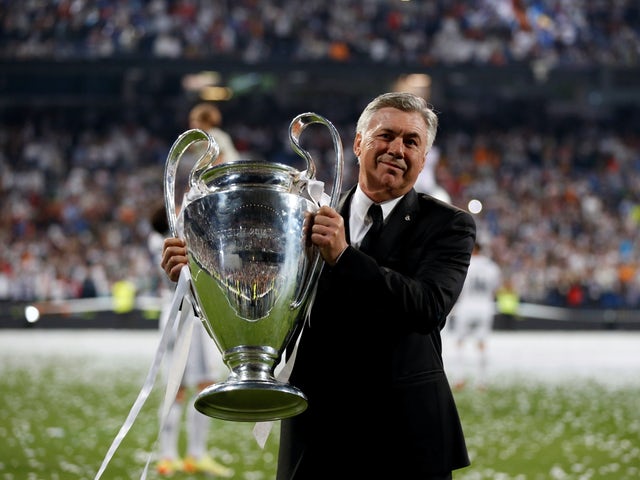 Carlo Ancelotti has become the first manager to win the Champions League on four separate occasions, with the Italian leading Los Blancos to a 1-0 win over Liverpool in Saturday’s final.

Vinicius Junior scored the only goal of the match in Paris, as the La Liga champions recorded a one-goal victory over Jurgen Klopp‘s side to win a 14th European Cup.

Ancelotti AC Milan to two European Cups during his time in charge of the Serie A giants, securing the trophy in 2002-03 and 2006-07.

The 62-year-old then lifted the 2013-14 European Cup during his first spell in charge of Real Madrid courtesy of a 4-1 victory over Atletico Madrid in the final.

Ancelotti had been level with Bob Paisley and Zinedine Zidane with three European Cups leading into Saturday’s final, but he has now moved out on his own to the top of the list.

Real Madrid had to beat Paris Saint-Germain, Chelsea and Manchester City in the knockout rounds of this season’s Champions League to advance to the final.

Liverpool had a host of opportunities during the course of Saturday’s affair, but Thibaut Courtois made a number of saves during a standout performance to help his side record a 1-0 win.