Carlo Ancelotti: ‘We deserved to win the Champions League’ 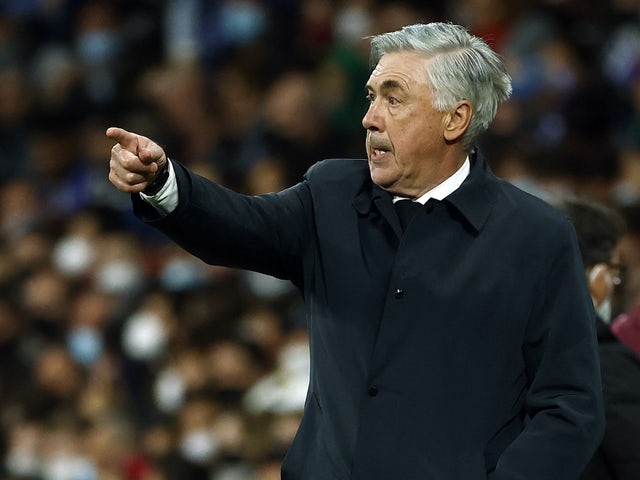 Real Madrid boss Carlo Ancelotti has claimed that his side “deserved” to win the Champions League this season due to the strength of the opposition that they have faced.

Los Blancos had to beat Paris Saint-Germain, Chelsea and Manchester City to reach Saturday’s final, before recording a 1-0 win over Liverpool to secure the trophy for the 14th time in their history.

Ancelotti has become the most successful manager in the history of the competition, lifting the trophy on four separate occasions, including twice with Real Madrid.

The Italian could not hide his delight at the final whistle and also branded his goalkeeper Thibaut Courtois‘s performance as “unbelievable”, with the Belgium international making a number of saves during the course of the match.

“I cannot believe it. I think that we had a fantastic season, and we did really well. It was a difficult game… we deserved to win the competition with all the games that we have played. We are really happy. I cannot say more,” Ancelotti told BT Sport shortly after the final whistle.

“I think we passed through really difficult games… I am really happy that the fans are happy.”

Vinicius Junior scored the only goal of the contest in the French capital, with Real Madrid making it a double this season, having also won the La Liga title at the end of April.