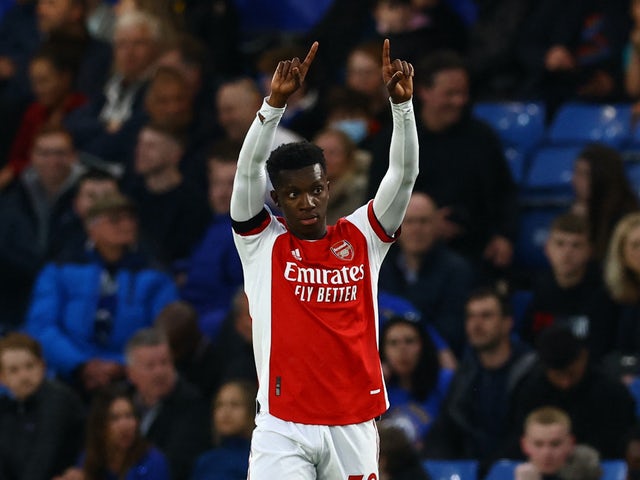 Crystal Palace have reportedly continued to keep tabs on Eddie Nketiah‘s situation at Arsenal this summer, with the striker out of contract in June.

It was reported earlier on Tuesday that the Gunners remain optimistic over their chances of convincing the 22-year-old to extend his stay at the Emirates Stadium, but Nketiah is taking his time before making a decision on his future.

Following a failed move for the Arsenal academy product back in the January transfer window, Palace remain interested and are closely monitoring developments now that the Premier League season has come to an end, according to The Telegraph.

Patrick Vieira‘s Eagles were keen to do a deal with the Frenchman’s former club when Nketiah’s first-team opportunities were limited, but following the departure of Pierre-Emerick Aubameyang, and the falling out of favour for Alexandre Lacazette, the England Under-21s international became first-choice striker towards the end of the 2021-22 campaign.

Palace are reported to face heavy competition for his signature however, with the likes of West Ham United, Bayer Leverkusen, Liverpool and Chelsea said to hold an interest in acquiring his services too.

As a result of his run of games in the side, Nketiah managed to net five Premier League goals from 21 league appearances in total this season.