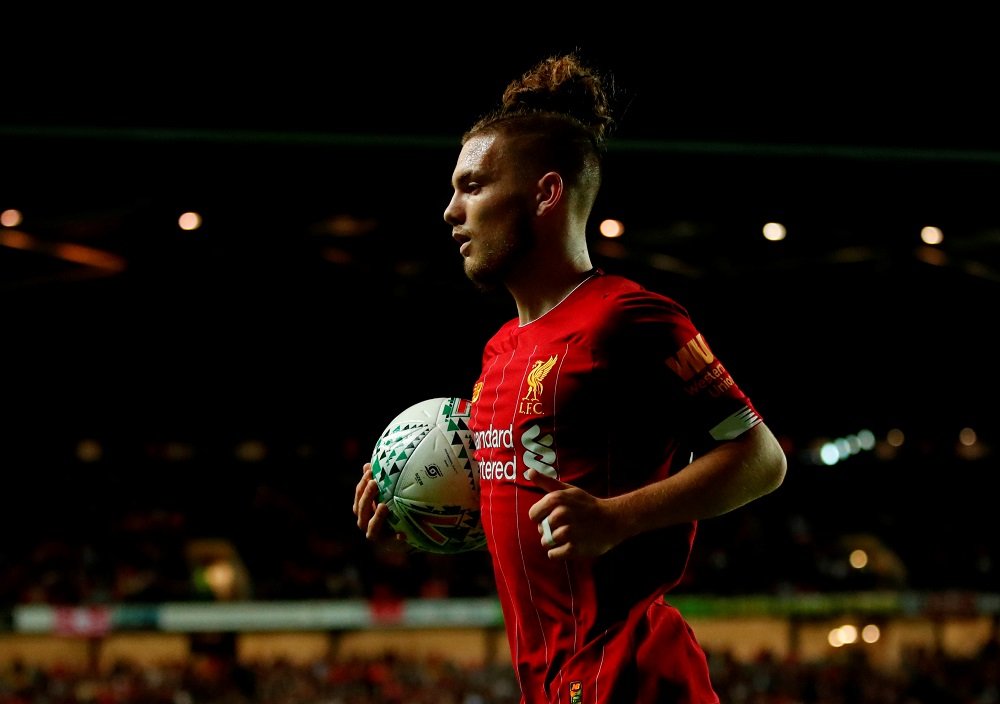 Liverpool midfielder Harvey Elliott was one of the standout performers in the Reds’ 1-1 friendly draw against Athletic Bilbao yesterday.

The teenager has been impressing throughout pre-season with manager Jurgen Klopp having hailed his recent displays, and many fans on Twitter are hoping he’ll get plenty of first-team opportunities this campaign:

Dont loan him..give him the chance

Bright future for that lad

He deserve this, every inch off it. I hope he’s gonna play huge part in PL this season

Have a feeling Elliott is above Jones in the oevking order right now. Seeing as he’s playing with A squad

This boy needs game time throw him in 1st game

Tell Klopp to give him more playing time this season. We need a skillful player like Elliot, our new Leo Messi #YNWA

Elliott has clearly impressed Klopp, and his ability to play both as a winger and in central midfield will certainly hold him in good stead when it comes to his team selection chances.

There has been some talk that the 18-year-old could be loaned out to another Premier League club, in order to aid his development, but it’s clear that he’s already well ahead of schedule in terms of being able to contribute in a Liverpool shirt.

Whether he’ll start on the opening day against Norwich City this weekend, we shall see, but if he isn’t named in the eleven, he will almost certainly be one of the first subs off the bench.

Virüslü
‘Don’t Loan Him. Give Him The Chance’ ‘Bright Future For That Lad’ Fans Excited By What They’ve Seen From Liverpool Starlet
# athletic bilbao # Harvey Elliott # Liverpool # norwich city