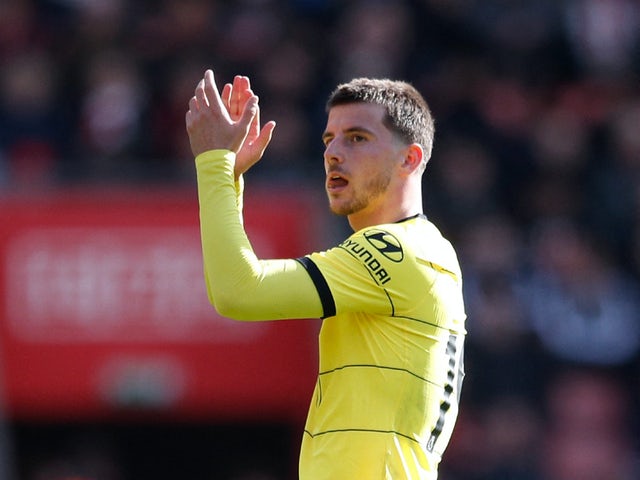 The England international was again a key player for the Blues during the 2021-22 campaign, making 53 appearances in all competitions, contributing 13 goals and 16 assists in the process.

Mount’s contract at Stamford Bridge only has little over two years left to run, though, and it is believed that he is one of the lowest-paid players in the first-team squad.

Discussions over a new deal in London are said to have stalled, and according to The Sun, Man United head coach Ten Hag is keeping a close eye on the situation.

The report claims that the 20-time English champions have already been in touch with Mount’s representatives to register their interest in his services.

Ten Hag has allegedly been a huge admirer of Mount since the attacker played on loan at Vitesse in the Netherlands during the 2017-18 campaign.

The new Man United manager would reportedly ‘jump at the opportunity’ to bring the 23-year-old to Old Trafford in the upcoming market.

Manchester City and Liverpool are believed to have also made ‘discreet enquiries’, while Barcelona are said to be keeping a close eye on the attacker’s situation at Stamford Bridge.

Mount scored 11 times and contributed 10 assists in 32 Premier League appearances during the 2021-22 campaign, as Thomas Tuchel‘s side finished third in the table.

Meanwhile, he also featured on seven occasions in the Champions League, scoring once and providing two assists, in addition to playing 11 times in both the EFL Cup and FA Cup.

Mount has shown his versatility by playing in a number of different positions during the 2021-22 campaign, although the bulk of his outings came as a central attacking midfielder.

The Englishman had a successful loan spell at Derby County during the 2018-19 campaign before returning to Stamford Bridge as a first-team player.

The attacker has represented the Blues on 160 occasions in all competitions, contributing 30 goals and 31 assists in the process.

Man United are preparing to overhaul their squad this summer, with Paul Pogba, Nemanja Matic, Jesse Lingard, Juan Mata and Edinson Cavani all expected to leave on free transfers.

Ten Hag will allegedly have around £120m to spend on new signings this summer, but the club will not be able to offer 2022-23 Champions League football to proposed targets, having finished sixth in the Premier League this term.