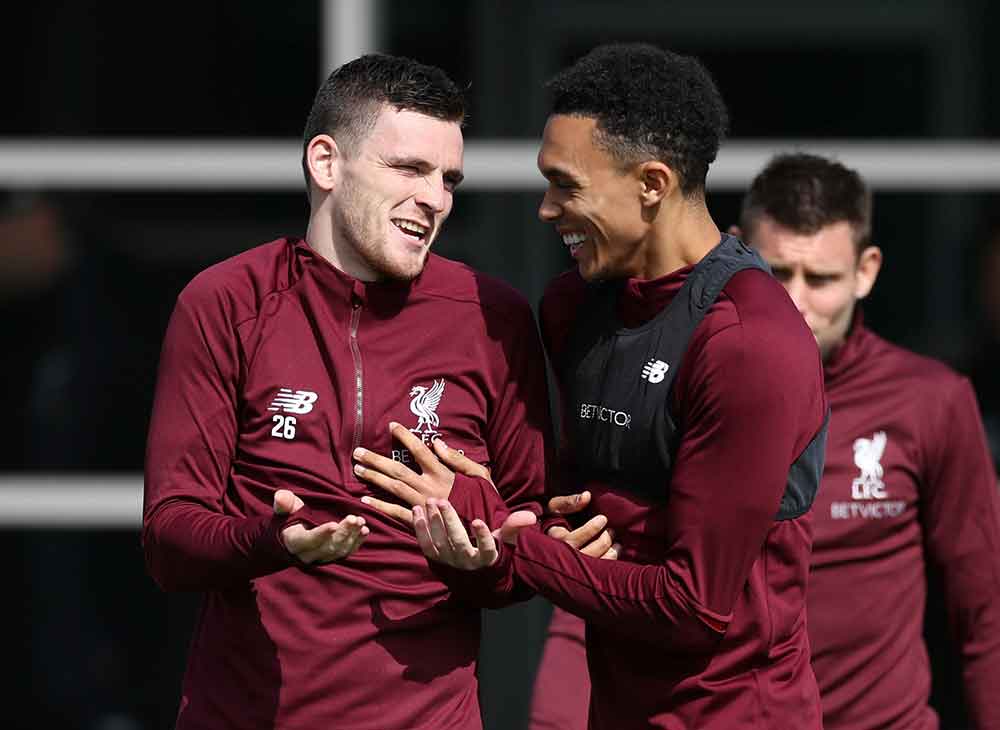 Sky Sports pundit Gary Neville has paid tribute to Liverpool defender Andy Robertson, who he believes is the best fullback in the Premier League.

The former Manchester United defender named the Scotland captain and Manchester City’s Kyle Walker in his team of the season and, when he was asked about omitting Joao Cancelo and Trent Alexander-Arnold, Neville replied:

“I absolutely love Joao Cancelo but I can’t ignore Robertson. The best full-back in the league by a mile – he does both things incredibly well, eight and nine, this is not Mr.Steady, eight and nines out of 10 every week.”

“Him down the left hand side when it matters, hurting, he is unbelievable. He does more than you know, obviously, he’s been overshadowed at times by Trent, who has unbelievable delivery which is good to watch. But Robertson is the best full-back in the league by a mile.  In terms of attacking and defensive content, I think put both together.”

Considering his fellow pundit, and Liverpool legend, Jamie Carragher didn’t even pick Robertson in his team, it is surprising that Neville was the one to make such claims about the left-back.

After a rather dodgy start to the campaign, the 28-year-old has really been on the top of his game in recent months, having scored two goals and contributed 15 assists in 45 appearances this season.

While Robertson has been excellent, even some Liverpool fans will be raising their eyebrows at Neville’s comments, with some probably feeling that Trent would be more deserving of such compliments.