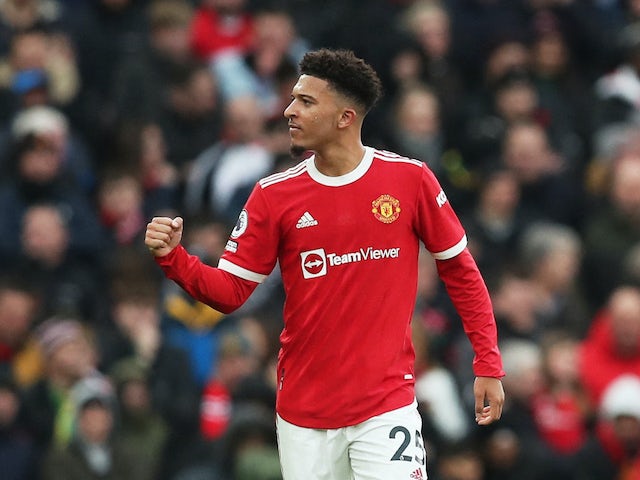 Jadon Sancho has revealed that Chelsea and Liverpool both wanted to sign him before he completed a move to Manchester United from Borussia Dortmund last summer.

The 21-year-old moved to Old Trafford from BVB last July and has made 31 appearances for the Red Devils this season, scoring five times and contributing two assists in the process.

Sancho struggled to make his mark for Man United in the first half of the campaign but has been impressive in recent weeks, netting twice and providing two assists in his last five league appearances.

The England international has revealed that Chelsea and Liverpool had both been interested in signing him before the 20-time English champions swooped to secure his services.

“There were also the guys from Chelsea and Liverpool, who all tried to convince me [to move to] their club, but it only really got serious after Euro 2020.”

Sancho was on the scoresheet in Man United’s 4-1 defeat to Manchester City last weekend and will be bidding to keep his spot in the XI against Tottenham Hotspur in Saturday’s late start.