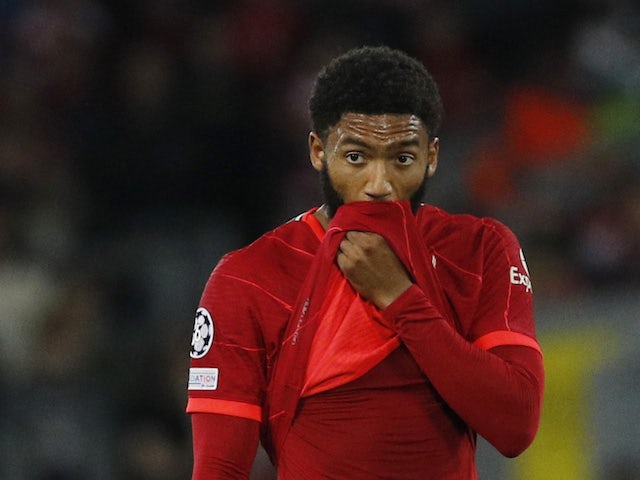 Liverpool defender Joe Gomez could supposedly try to force a move away from Anfield amid his lack of game time.

The 24-year-old played the full 90 minutes in Wednesday’s 2-1 FA Cup win over Norwich City, but that was only his 14th appearance of the season in all competitions.

Gomez has failed to displace Joel Matip alongside Virgil van Dijk in the starting XI for most of the season, and the arrival of Ibrahima Konate has also pushed him down the pecking order.

As a result, The Mirror claims that Gomez will not be content with a back-up role at Anfield and may push for an exit ahead of the 2022-23 season.

Newcastle United and Aston Villa have both been tipped to battle for the centre-back’s signature, although Jurgen Klopp was understood to have been against the idea of Gomez leaving in January.

The former Charlton Athletic youngster has registered four assists in 135 games for Liverpool since arriving in 2015 but has only amassed 102 minutes of Premier League football this term.