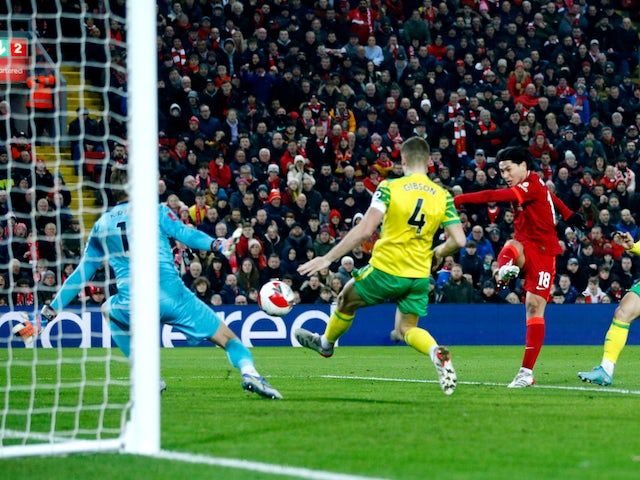 The Japan international has struggled to earn Premier League opportunities over Liverpool’s star-studded attackers but continues to shine in cup competitions with a brace against the Canaries in the fifth round of the FA Cup.

Minamino’s double sent Klopp’s side through to the quarter-finals for the first time since the German took charge at Anfield, but the Reds boss was “not surprised” to see the 27-year-old star at Anfield.

Speaking to ITV Sport, Klopp said: “He did [make an impression]. I’m not surprised. He is an incredible player – he played a super game – he was a constant threat – he was really good and I am really happy for him.

Minamino now has nine goals to his name from 22 appearances in all tournaments this season as the Reds prepare to return to Premier League action against West Ham United – who were dumped out by Southampton – on Saturday.