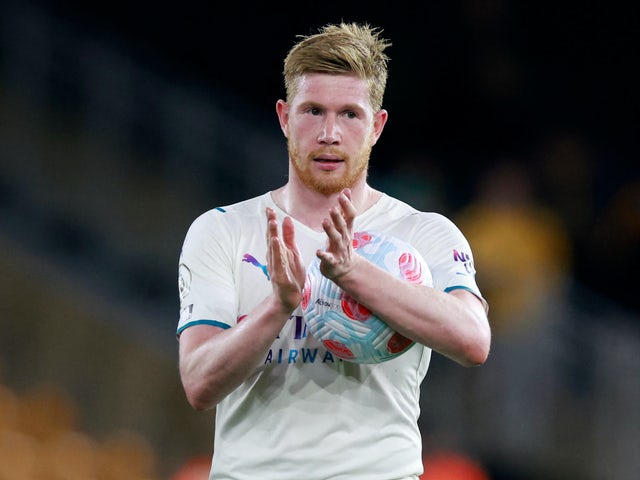 De Bruyne scored 15 goals and created eight more in 30 top-flight appearances during the 2021-22 campaign, playing a major role as Man City picked up a fourth title in the last five seasons.

The 30-year-old, who was also named the official Premier League Player of Season, received 33.3% of the votes in our end-of-season awards, fending off the closest competition from Salah.

The Liverpool winger finished top of both the goalscoring and assists standings, netting 23 times and creating a further 14 goals for his teammates – hauls which saw him named FWA Footballer of the Year and PFA Fans’ Player of the Year.

Salah picked up 22.7% of the votes, narrowly ahead of Tottenham Hotspur‘s Son Heung-min, who came third with 21.7% of the votes having shared the Golden Boot with Salah.