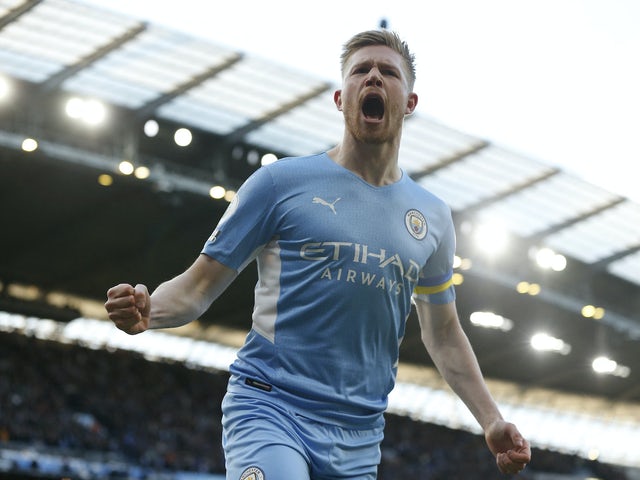 The Belgian scored 15 goals and created eight more in 30 Premier League appearances to help steer Man City to yet another title – their fourth in five seasons.

De Bruyne’s late-season showings were a major reason why Man City were able to get over the line and finish one point clear of Liverpool, with the midfielder directly contributing to 14 goals in his final 10 league games of the season.

That run included a four-goal haul against Wolverhampton Wanderers in May, becoming only the third midfielder in the Premier League era to score four times in a single game.

A whopping 58.8% of you voted for De Bruyne as the Premier League Midfielder of the Season, a long way clear of second-placed Thiago Alcantara of Liverpool.

Thiago registered 8.8% of the votes, just ahead of Bernardo Silva, who rounds off the top three with 8.2%.

De Bruyne’s success means that he took two prizes at the end-of-season awards, having also pipped Mohamed Salah to the overall Premier League Player of the Season gong.