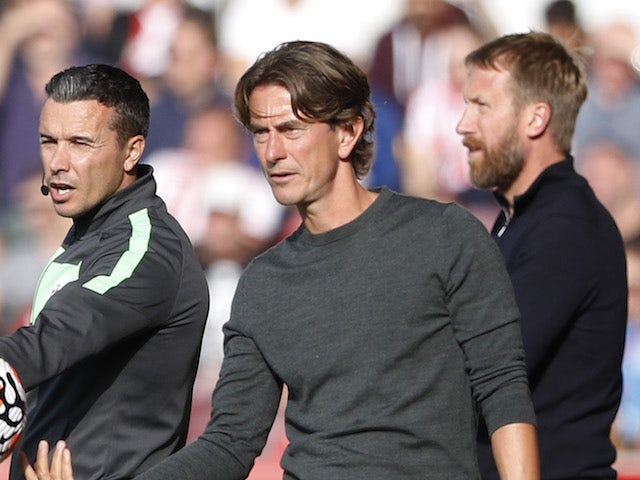 Midfielder Norgaard, 27, has hit the big time with Brentford, not only by reaching the Premier League but also in launching his Denmark career.

And Bees boss Frank believes the former Lyngby and Brondby star could slot quite neatly into Liverpool’s ranks.

“I think Christian is a late bloomer,” said Frank. “And I’m very, very pleased that he’s playing for Brentford.

“Because I think if you took him out and put him into Liverpool, and changed the two players, Fabinho and him, I don’t think you’d see much difference.”

Frank’s Brentford have climbed as high as ninth in the table after an impressive start to Premier League life.

But after wins over Arsenal and at Wolves, the Danish manager knows full well the scale of taking on the 2019 Champions League winners and the 2020 Premier League champions.

German manager Klopp has managed to reinvigorate Liverpool and steer the Reds out of that 30-year chasm without a league title.

Paying tribute to Klopp’s overarching role in Liverpool’s resurgence, Frank revealed what he considers central to creating a sustained impact as a manager.

“I think if you want to have success you need to have a clear strategy, be aligned and have a clear and strong culture,” said Frank.

“But if I should only pick one of them I would always pick the culture. Culture eats strategy for breakfast.

“So if your culture is unbelievably strong, which I think ours is at this moment in time, but it can also change in weeks, months, if you are not on top of everything every single day.

“And I believe strongly in our togetherness, good people, staff, players, that not only think about their role but think about and care about others. And I think that’s key.

“And you need to reinforce that in the way you lead every single day.

“I believe in hard work, as another value we have. I believe in performance every single day, and then I constantly speak about attitude, to be confident but humble.

“And I think those are the pillars we are standing on right now.”