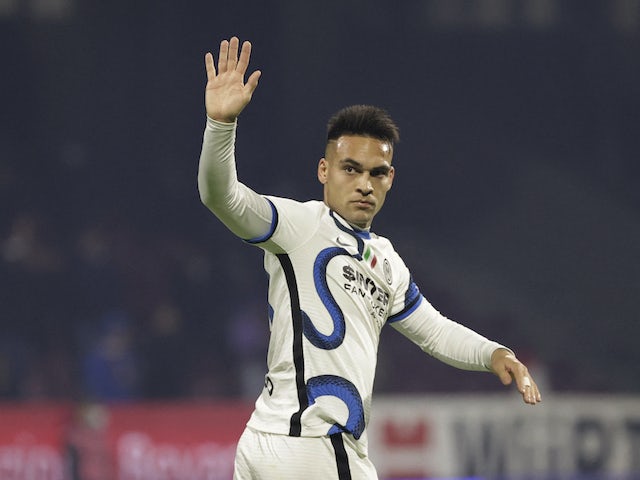 Lautaro Martinez‘s agent has insisted that his client is “very happy” at Inter Milan amid suggestions that Manchester United are keen to sign the centre-forward this summer.

The Argentina international has scored 12 times and registered two assists in 33 appearances for the Italian champions during the 2021-22 campaign, although he has not netted in Serie A since December 17.

A recent report claimed that Man United had ‘taken the first steps’ towards signing the 24-year-old, with the Red Devils looking to bring in a replacement for Edinson Cavani.

However, Martinez’s agent Alejandro Camano has said that the South American is not looking to leave San Siro in the near future.

“No, he’s very happy at Inter,” Camano told FCInter1908 when asked whether his client is keen to move clubs. “Lautaro doesn’t care about Lautaro. Lautaro cares about Inter. Because he wants to contribute, he wants the fans to be happy, he wants to make his club happy with him.”

Martinez – also linked with Liverpool and Arsenal – has scored 61 goals and registered 22 assists in 165 appearances for Inter since arriving from Racing Club in July 2018.