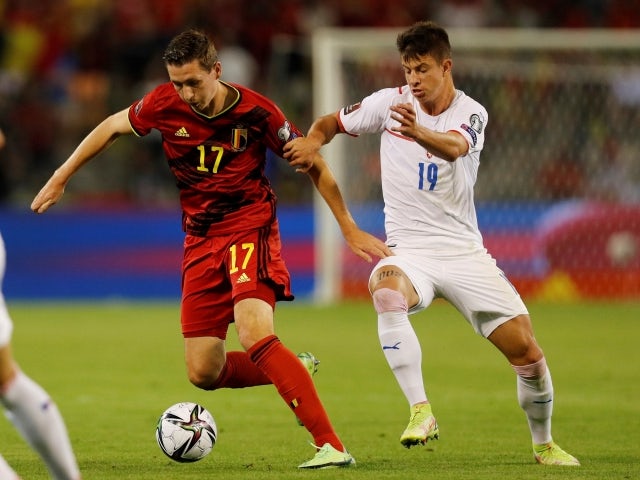 Liverpool have reportedly identified Sparta Prague forward Adam Hlozek as a potential transfer target ahead of the summer window.

While the Merseyside giants brought in Luis Diaz in January, manager Jurgen Klopp remains in the market for new attackers given that three of his frontmen are in and around the 30-years-of-age bracket.

According to Jeunes Footeux, Liverpool also accept that Divock Origi is highly likely to depart Anfield at the end of the season.

The report claims that the Premier League giants may look to bring in Hlozek as his replacement having been left impressed by the 19-year-old.

Despite his age, Hlozek has already contributed 36 goals and 33 assists from 118 appearances in all competitions, putting him in line for a future transfer to a big club.

With Hlozek’s contract due to expire in 2024, Sparta may have to consider parting ways with their most prized asset if they receive a suitable offer later in 2022.