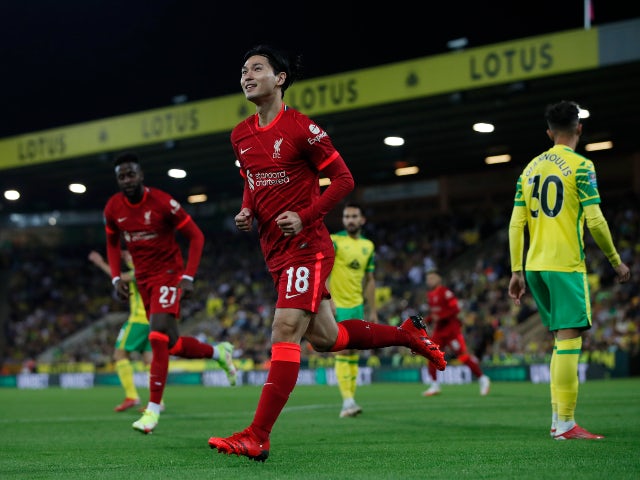 Despite having two years left to run on his current contract at Anfield, Minamino looks set to depart this summer after featuring in only 11 league games last term.

With the 27-year-old set to head through the exit door, a number of clubs have reportedly shown an interest in acquiring his services, including the likes of Leeds United, Fulham and Wolverhampton Wanderers.

According to This is Anfield, the Reds are looking to receive a fee in the region of £17m for the former Red Bull Salzburg player.

The report indicates that Southampton are also keeping tabs on their former loan player, while Ligue 1 side Monaco are among Minamino’s admirers.

If the attacker does indeed leave this summer, then he will depart Anfield having scored 14 goals in 55 appearances for Jurgen Klopp‘s side.